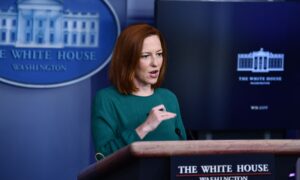 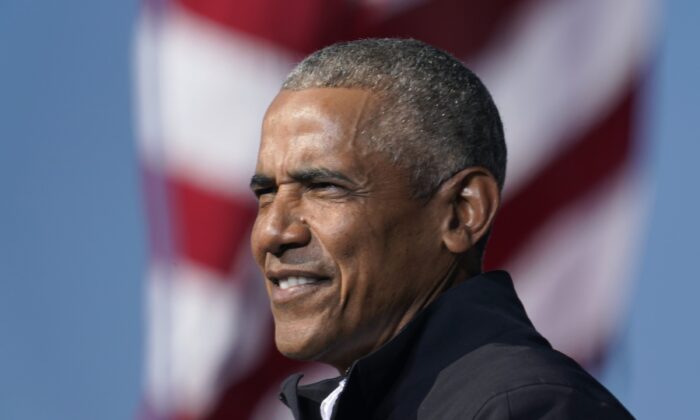 Obama Scaling Back 60th Birthday Party Due to Delta Variant

Former President Barack Obama is scaling back the size of his upcoming 60th birthday party because of the spread of a variant of the CCP virus.

“This outdoor event was planned months ago in accordance with all public health guidelines and with COVID safeguards in place. Due to the new spread of the delta variant over the past week, the President and Mrs. Obama have decided to significantly scale back the event to include only family and close friends,” a spokeswoman for the ex-president told news outlets in a statement.

“President Obama is appreciative of others sending their birthday wishes from afar and looks forward to seeing people soon,” she added.

Obama reportedly invited hundreds of people to the party, which is set to take place at the estate he owns at Martha’s Vineyard. Some questioned the size in light of new recommendations and rules issued by state and federal authorities in recent days to the increase in COVID-19 cases and hospitalizations.

Martha’s Vineyard is labeled by the Centers for Disease Control and Prevention as an area with moderate virus spread. People in areas with high or substantial spread should wear masks indoors even if they are vaccinated, the agency’s director announced last month.

“This event, according to all the public reporting, is outdoors and in a moderate zone. But in addition, there is [sic] testing requirements and other steps they are taking, which I’m sure they can outline for you in more detail,” Psaki, who used to work in the Obama administration, told reporters in Washington.

Asked if people who saw Obama having a huge party should think that it was okay to have hundreds of people over, Psaki added, “We certainly advise everyone to follow public health guidelines, which I know the former President, who is a huge advocate of getting vaccinated, of following the guidance of public health experts, would certainly advocate for himself as well.

Massachusetts Gov. Charlie Baker, a Republican, told reporters on Tuesday that he was not invited to Obama’s party.

“But I can tell you If I were invited I would have declined. Because I think 700 people at an event like that is not a good idea,” Baker said. “It’s a judgment call all the way around, but that’s the beauty of judgment calls. We can all make our own decision about what we think is most appropriate to us.”