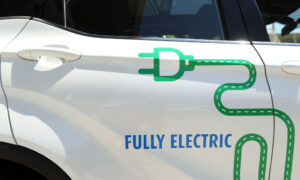 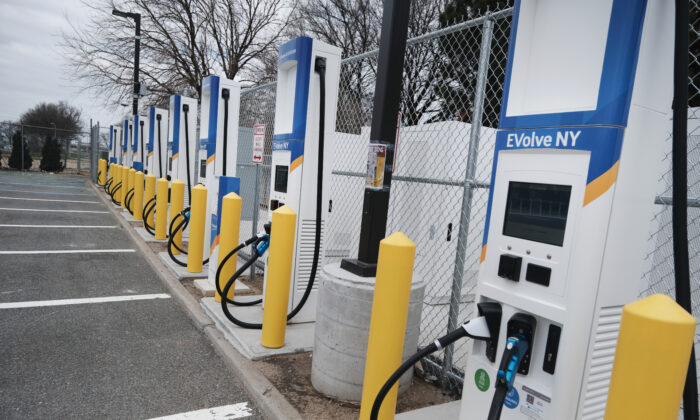 NYC Will Invest $75 Million in Electric Vehicles and Charging Infrastructure

The New York City mayor announced on Wednesday a new $75 million investment in state electric vehicles and charging infrastructure as a part of a bigger initiative to transition the entire city fleet to electric vehicles.

The plans will replace 300 gas-powered city fleet vehicles and retrofit 125 diesel-powered trucks to run on electricity, Mayor Bill de Blasio said, according to a statement.

Nearly 275 electric chargers, 20 portable chargers that can be moved around the city, and 11 solar charging carports will be installed in the city as a part of the initiative. At least 20 of these charging locations will also be available for public use, according to the statement.

“We need to make it simple and easy for someone to have an electric car, but that only works that there are chargers everywhere,”de Blasio said at a press conference on Wednesday. “And New York City is going to show what it looks like to have a big, big public effort to make those chargers available all through the city.

“Climate change is an existential threat facing our city, our nation, and our world,” de Blasio said in the statement.

“Today’s announcement is a key example of the city’s commitment to end the age of fossil fuels, improve air quality, and public health—especially in environmental justice communities most impacted by polluting tailpipe emissions—and tackle the urgency of the climate crisis before us,” Ben Furnas, director of the NYC Office of Climate and Sustainability, said in the statement.

In 2019, the NYC government launched an initiative to install 100 fast electric vehicle chargers across the city, out of which 90 are already in operation, the statement said.

The measure also requires that new off-road vehicles and equipment sold in New York must be zero-emissions by 2035, and zero-emissions for new medium-duty and heavy-duty vehicles by 2045.

The New York state government also proposed a regulation that it says will “significantly reduce air pollution” from trucks.

The new regulation, modeled after California’s truck rule, will require truck manufacturers “to meet a certain annual sales percentage of zero-emission trucks, which will vary among vehicle weight classes, beginning with model year 2025, “ according to a statement.

“The new law and regulation mark a critical milestone in our efforts and will further advance the transition to clean electric vehicles while helping to reduce emissions in communities that have been overburdened by pollution from cars and trucks for decades,” Hochul added.