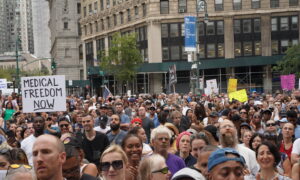 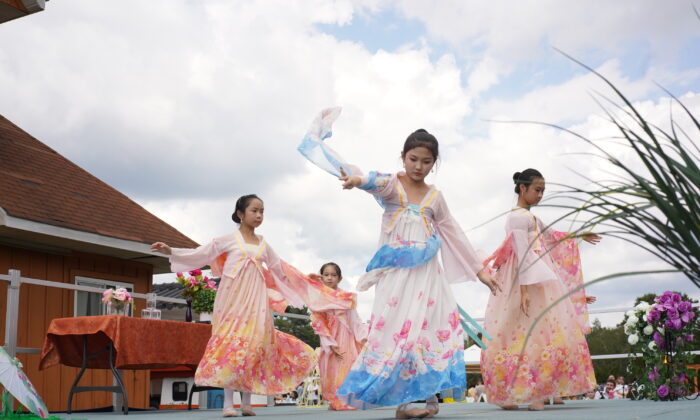 DEERPARK, New York—Sept. 18 and 19 were two beautiful days when the Chinese Moon festival day was celebrated at the New Century film studio in Deerpark, New York. The celebration had music, dance, food, paintings, and a lot of smiles.

This year, the “New Century Moon Festival Day” was proclaimed as such by New York state legislators on the event’s performance stage.

“We were here to proclaim today as the New Century Moon Festival day, and there’s a lot of, as we can see, cultural events and booths that are here,” said Karl Brabenec, New York State assemblyman for the 98th assembly district which represents the town of Deerpark.

“A beautiful, beautiful ceremony. I have been here in the past to celebrate such a wonderful cultural event. And we’re very, very proud to be here today, he added.”

Thomas Faggione, who represents the 13th Legislative District which includes the town of Deerpark, was also there with Brabenec during their speech.

“I’m a neighbor, I grew up here right on Neversink Drive. And it’s great to be here today. The greatest thing about America is that we enjoy a common culture in that being American means not just being part of your own individual heritage or lineage, but being part of a society together. And that’s why the town of Deerpark is such a great place to live. We have people from all types of backgrounds from all around the world who come here who live together peacefully,” Faggione said.

In addition to a variety of booths, several food stands offered mostly traditional Chinese and Korean cuisine as well as drinks and treats.

The Zhen Shan Ren Art Exhibit was also held during the festival.

A pre-law student, Alison Goldbetter, was deeply touched by the paintings, and gave a warning about dictatorial regimes.

The paintings that Goldbetter saw “really represented the persecution of the Falun Gong. It shows exactly how dangerous an authoritarian regime could be towards a spiritual group of people,” she said.

“The paintings are so powerful,” Linda Kleinmann, said about the paintings. “Tears at your heart.”

To people that don’t know about the persecution situation of the spiritual group Falun Gong in China, she said that: “they need to know about it. They need to educate themselves and they need to get involved in whatever that way be, whether it’s monetary, whether it’s signing a petition, whether it’s contacting their local senator or their Congressman, whatever involvement means to that person. It’s important. It’s an important issue.”