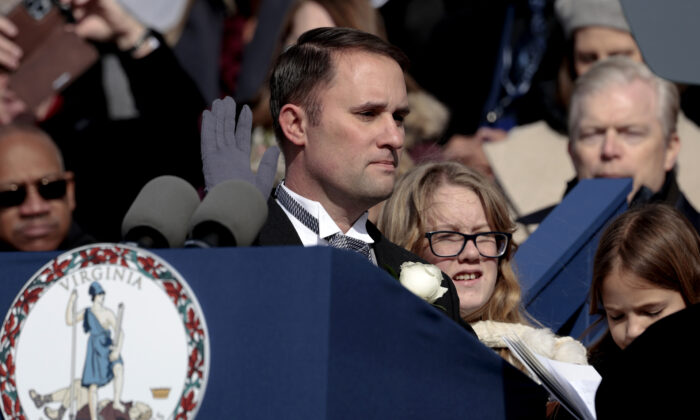 Virginia’s new Republican attorney general is urging the Supreme Court to overturn its 49-year-old ruling in Roe v. Wade and return regulation of abortion to the states, as observers await the court’s imminent decision in a challenge to a Mississippi abortion law.

Against this backdrop, the Supreme Court has denied requests to stay the Texas “heartbeat” law, which bans abortions after six weeks of gestation and crowdsources the law’s enforcement to members of the public.

Litigation is continuing in the case, involving Whole Woman’s Health, which runs abortion clinics in Texas and five other states. Whole Woman’s Health is suing to overturn the new Texas law, arguing that it violates Roe v. Wade (1973) and Planned Parenthood v. Casey (1992), in which the Supreme Court discovered a constitutionally protected right to obtain an abortion before the fetus is viable, at about the 24-week mark. The group of clinics also challenged the novel enforcement mechanism that relies on individuals filing lawsuits.

In a Jan. 21 letter (pdf) to the clerk of the Supreme Court on the letterhead of Virginia Attorney General Jason Miyares, who took office earlier this month, his subordinate, Virginia Solicitor General Andrew N. Ferguson, advised the court that his boss has changed the office’s position in the case known as Dobbs v. Jackson Women’s Health Organization.

The Dobbs case was heard by the Supreme Court on Dec. 1, 2021. It’s a challenge by the only state-licensed abortion clinic in Mississippi to the state’s Gestational Age Act, which allows abortions after 15 weeks’ gestation only for medical emergencies or severe fetal abnormality. Citing Roe v. Wade, lower courts held that the statute was unconstitutional.

In September 2021, when Democrats controlled the office of attorney general, governor, and lieutenant governor in Virginia, the state signed on to a brief with 22 states and the District of Columbia that argued that “Mississippi’s prohibition on pre-viability abortions is—and should remain—unconstitutional, based on precedent,” according to the letter to the Supreme Court.

But with the switch from pro-choice Democratic officeholders to pro-life Republican officeholders, Virginia’s position in the Mississippi appeal had to change from an unconditional pro-choice stance to a more nuanced federalist position that would allow the states to decide the issue.

“Following the change in administration on Jan. 15, 2022, the attorney general has reconsidered Virginia’s position in this case,” the letter reads. “The purpose of this letter is to notify the court that Virginia no longer adheres to the arguments contained in its previously filed brief. Virginia is now of the view that the Constitution is silent on the question of abortion, and that it is therefore up to the people in the several states to determine the legal status and regulatory treatment of abortion.”

Virginia now takes the position that the Roe and Casey cases were “wrongly decided,” and agrees with Justice Clarence Thomas’s dissent in June Medical Services v. Russo (2020), which states that those “decisions created the right to abortion out of whole cloth, without a shred of support from the Constitution’s text,” and that the “rootlessness of the right to abortion has made this court’s abortion jurisprudence unworkable.”

“This court should restore judicial neutrality to the abortion debate by permitting the people of the several states to resolve these questions for themselves,” Miyares’s letter reads.