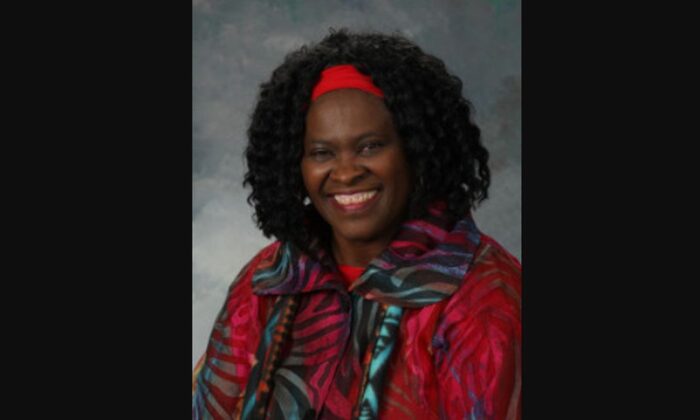 Investigators from the Attorney General’s Office searched Stapleton’s Albuquerque office on Tuesday and her home on Wednesday, according to arrest warrants. They were looking into irregularities in her work as an administrator at Albuquerque Public Schools since the spring

The investigators are trying to determine whether Stapleton’s connections to Robotics Management Learning Systems, a Washington-based company that has done business with the Albuquerque Public Schools (APS). They found that every invoice issued by Robotics Management to the school system was for an even dollar amount, with no cents, and most payments were reportedly for $40,000.

Stapleton is involved with several other companies that received payments from Robotics Management, investigators said.

“APS paid Robotics $5,360,030.00 from March 2006 to June 2021,” according to a search warrant. “Bank of America records detail that overwhelmingly, Robotics’ primary source of income is its contracts with APS. APS employees and [New Mexico Attorney General] Investigators have noted that the procurement process with regard to Robotics was not performed in accordance with state law.”

The warrant further stated that investigators found that about 60 percent of the money paid to “Robotics by APS between 2014 and 2021 was subsequently redirected to Sheryl Williams Stapletons’ direct interests,” including to her son and her restaurant and other businesses.

No charges have been filed yet in the case.

In a statement, Gov. Michelle Lujan Grisham said she is “deeply, deeply troubled by the reports this morning about a law enforcement investigation into Rep. Stapleton,” adding that “public confidence in government is seriously damaged by even the appearance of impropriety, or illegal activity, which is why public officials must always hold themselves to the highest possible standard of behavior.”

“New Mexicans expect and deserve elected officials who, regardless of party, will put the people before themselves. Anything less violates a sacred public trust and must be dealt with accordingly,” the Democrat governor added.

Stapleton’s attorney, Ahmad Assed, told the Albuquerque Journal on Wednesday that it’s too early to comment on the investigation.

The Epoch Times has contacted the lawmaker’s office for comment.