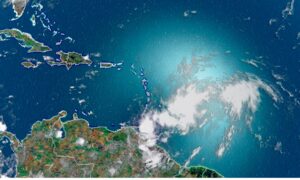 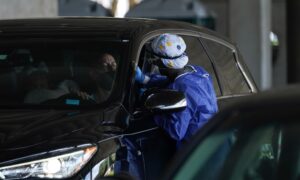 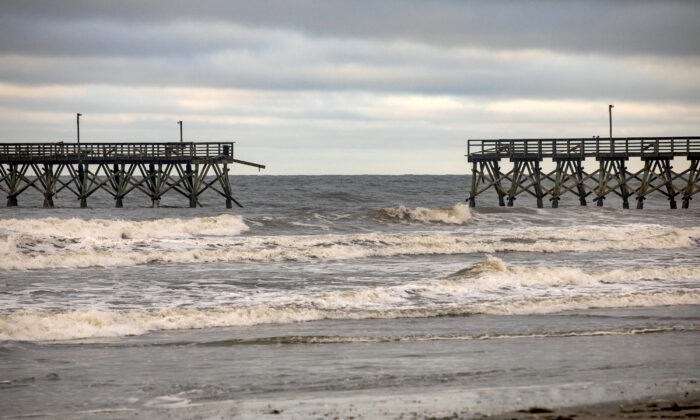 New Jersey Declares State of Emergency Over Isaias, Urges Residents Not to Travel

New Jersey Gov. Phil Murphy declared a state of emergency for the state for Tropical Storm Isaias, which is barrelling up the East Coast on Tuesday.

“UPDATE: I am declaring a STATEWIDE STATE OF EMERGENCY for Hurricane Isaias effective at 5:00 AM on Tuesday, August 4, 2020,” he wrote on Twitter.

The governor added that people should not “be on the roads unless absolutely necessary,” and he added that “if you MUST drive, take it slow, use caution, and leave extra time to get to your destination.”

The storm is expected to produce high winds, storm surge, and heavy rainfall across the northeastern United States.

Murphy added in another statement: “Isaias is expected to impact the state with severe weather conditions, including strong winds and heavy rainfall. The safety of our residents is our main priority, and we urge everyone to be informed of local weather conditions and to stay off the roads.”

Tropical storm force winds from #Isaias, with gusts to hurricane force, are expected to spread northward along the Mid-Atlantic coast and into New England today and tonight. These winds could cause downed trees and power outages. https://t.co/8sD0LxJH7C pic.twitter.com/vPvz32decl

Late on Monday, Isaias strengthened to become a Category 1 hurricane as it moved toward the East Coast. According to the latest update from the U.S. National Hurricane Center (NHC) as of 11 a.m. ET, the system is a tropical storm that is “moving rapidly across eastern Maryland.”

The storm hit North Carolina as a Category 1 hurricane on Monday night and had winds of 85 mph with higher gusts in some areas.

“Data from Doppler weather radars along with surface observations indicate that maximum sustained winds remain near 70 mph (110 km/h) with higher gusts. Only gradual weakening is anticipated while Isaias moves north-northeastward near the mid-Atlantic coast today. A faster rate of weakening is expected to begin tonight, and the system is forecast to become post-tropical tonight or early Wednesday,” the agency said in its bulletin.

The tornado threat from Tropical Storm Isaias has increased for portions of the area. SPC has issued an Enhanced Risk of severe weather for parts of the area for a 10% chance of tornadoes. A tornado watch is in effect until 4 PM. #NYwx #NJwx #CTwx #NYCwx #LIwx pic.twitter.com/vtTUYpcU2e

Isaias is moving quickly at around 30 mph to the north-northeast, the agency also said.

As of Monday evening and Tuesday morning, an estimated 100 million people were under tropical storm warnings and watches, stretching from the Carolinas to Maine.