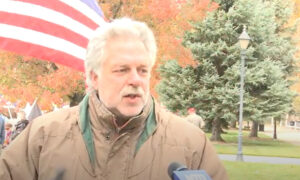 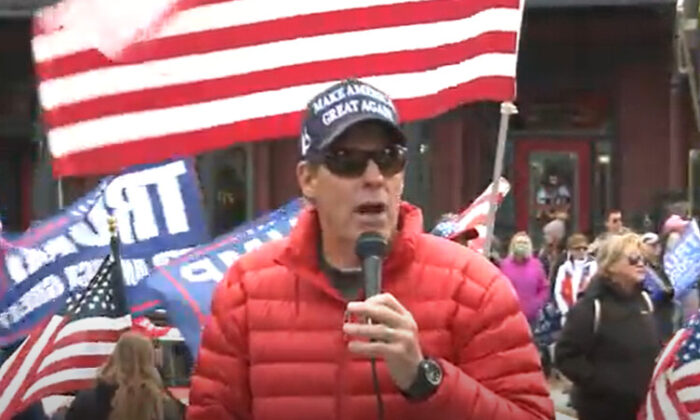 Nevada Stop the Steal Rally Organizer: ‘We Will Not Accept an Illegitimate Election’

NEVADA—Jim Groth helped organize the Stop the Steal rally in Carson City, Nevada on Nov. 7, 2020, because he thinks an honest election will only happen if the people fight for it.

“I don’t think there’s hope in the fixed election process, the regular vote process, the voting by mail, the absentee ballots, I think that was entirely fraudulent. So I think that today there’s 10,000 people, tomorrow there’s 20,000 people, and it’s happening in a dozen other cities across the counties. We’ve got to get to 50, 60, 70, 80 million people saying no we’re not going to accept the fraudulent vote,” Groth said. His ultimate hope is another in-person vote.

Between the reports regarding mailed in ballots, counting processes, and lawsuits relating to ballot machine software, Groth says the election has been a fraud.

“It’s illegitimate and fraudulent, it’s wrong,” Groth said. “The true patriots are not accepting this at all.”

“It’s phony and doesn’t work to go through the court system in America, the judges will issue an order and then the order is not followed,” Groth said. “We Americans should stand up and not accept that.”

Groth says he believes President Donald Trump won and so do many other people. He added that the vision the Democratic Party has for the country is not what he wants for his children and grandchildren.

“We should definitely revolt in the sense that we say that we will not accept the results of your election,” he said. “We just will not accept an illegitimate election.”