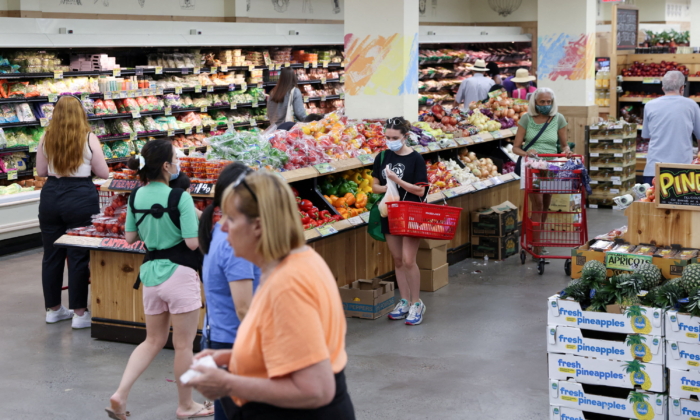 A new poll revealed that the vast majority of Americans are concerned about rising inflation, while a majority believe the U.S. economy will get worse in 2023.

The survey, carried out by Fox News and published Sunday, found that 93 percent are very or extremely concerned about rising inflation.

It also found that 17 percent rate the economy positively, 84 percent say it’s fair or poor, and 52 percent believe the economy will get worse in 2023.

About 52 percent of people who responded said they had to change their summer travel plans due to gas prices, 70 percent had to cut back on other spending to pay for necessities, and 75 percent say that inflation has caused them financial hardship.

Another recent poll from the American Psychiatric Association published in July showed that about 90 percent of Americans report feeling anxious or very anxious about inflation, representing an 8 percent increase from a month earlier.

The U.S. Federal Reserve is expected to deliver a rate hike of possibly up to 100 basis points later this month after a mostly grim inflation report showed price pressures, already running at a 40-year high, accelerating further.

A bevy of central bankers over the past couple of weeks had signaled they would support what would be a second straight 75 basis-point rate increase at their upcoming policy meeting between July 26 to July 27.

According to AAA data, gas prices have continued to drop, but they still remain elevated as of Monday. The average price for a gallon of regular gasoline stands at $4.52 per gallon, dropping 1 cent from Sunday and about 45 cents from one month ago when prices hovered around $5 per gallon.

However, the price for a barrel of oil hit $100 on Monday after President Joe Biden failed to secure a deal to increase production in Saudi Arabia after meeting with the kingdom’s top leaders over the weekend.