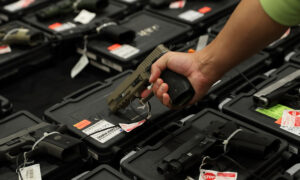 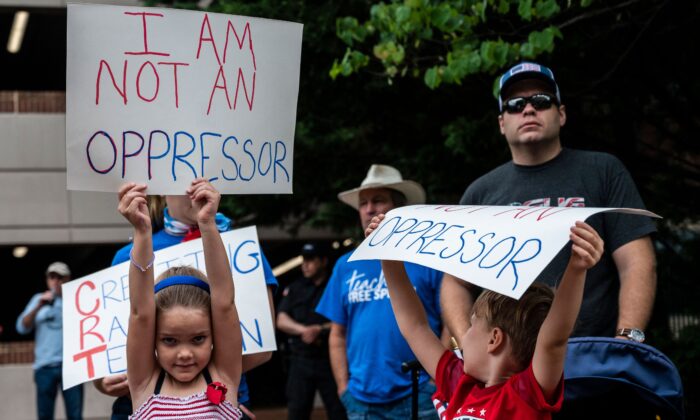 A public interest law firm in Minnesota has filed a series of lawsuits on behalf of victims of critical race theory-based discrimination and retaliation as the grassroots movement against the ideology continues to grow.

“Our clients are bravely confronting CRT-inspired bullying, indoctrination, and retaliation, which is not ‘training’ or persuasion,” Doug Seaton, president of Upper Midwest Law Center (UMLC), said in a statement.

Critical race theory (CRT) holds, among other things, that white people are inherently racist and that American institutions themselves are systemically racist. A CRT-based curriculum, for example, forces students to associate aspects of their identity with oppression.

The theory is the basis for an intellectual movement whose adherents retired federal Judge Richard Posner—dubbed “the most-cited legal scholar of the 20th century—has described as the “lunatic core” of “radical legal egalitarianism.” The late Derrick Bell, who was one of former President Barack Obama’s professors at Harvard Law School, was the most prominent scholar to promote the theory.

UMLC, which is affiliated with the Center of the American Experiment, describes itself as a “non-profit, public interest law firm with the mission to initiate pro-freedom litigation to protect against constitutional violations, government overreach, special interest agendas, and public union corruption and abuses.” UMLC works cooperatively with the Center of the American Experiment, “Minnesota’s Think Tank,” which has offices beside it in Golden Valley, Minnesota.

UMLC’s statement argues that the courts must be asked to rule on critical race theory-related questions because current laws are not self-enforcing and many politicians, employers, and institutional leaders are “either afraid or too ‘woke’ themselves to follow the law, confront the new commissars of CRT and stop their abuses.”

UMLC recently filed employment-related actions and state and federal lawsuits on behalf of Tara Gustilo, a physician; Joe and Aaron Norgren, a Native American father and multi-racial son: Joe is a former Minnesota Department of Human Services employee and Aaron works at the agency; Liberty In Our Neighborhood 194, an organization of Lakeville Public School parents; and several individual Lakeville parents, including Bob and Cynthia Cajune, a Native American and white couple with multi-racial children.

“I shouldn’t be demoted or retaliated against because I don’t agree with the racially divisive and demeaning CRT ideology,” Gustilo said in a UMLC statement.

Bob Cajune added: “Black Lives Matter, of course, but so do all other human lives. Posting ‘BLM’ signs and disallowing ‘All Lives Matter’ signs is political speech or viewpoint discrimination. Discriminating against or demeaning any race is not neutral and is wrong.”

Aaron Norgren said, “These Critical Race Theory ideas of race separation, division, incitement of hate for Whites, Christians, and traditionalists, and demeaning of Blacks and other minorities as unable to act or succeed in ‘America,’ should not be promoted at a state agency or anywhere else.”

UMLC stated that its clients want CRT propaganda, bullying, and retaliation to end.

“UMLC will pursue these charges and lawsuits until we can achieve justice for them and a vindication of the American principle reaffirmed by Martin Luther King Jr., of judging people by the ‘content of their character,’ not the color of their skin, or their willingness to submit to CRT ideology.”

The opinion came as public resistance to CRT grows and intensifies among parents in communities across the country who are fighting back by protesting and taking over local school boards. In 26 state legislatures, bills have been introduced or other steps have been taken to prevent CRT from being taught, according to Education Week.

But those measures have rarely offered a comprehensive rationale for banning CRT, which is something Knudsen’s legal opinion provides. Without tying objections to CRT to the Constitution or state constitutions, CRT opponents had left their laws more susceptible to being overturned.