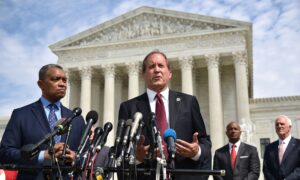 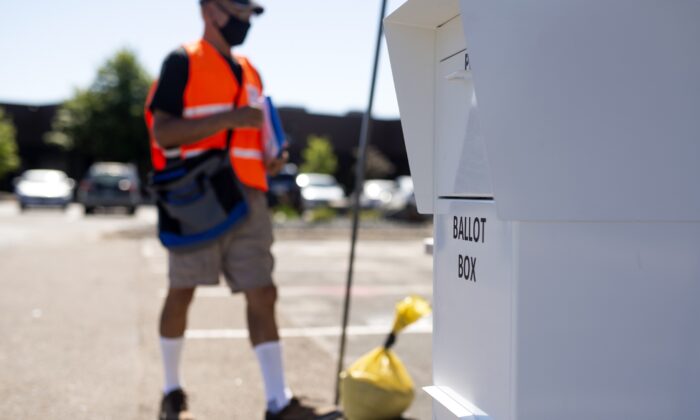 A ballot box stands at a drive through drop-off for absentee ballots in Minneapolis on Aug. 11, 2020. (Stephen Maturen/Getty Images)
US News

Minneapolis police detectives are investigating allegations of voter fraud ahead of the November general election, officials confirmed on Sept. 28.

“The MPD is aware of the allegations of vote harvesting. We are in the process of looking into the validity of those statements,” the Minneapolis Police Department (MPD) said in a statement.

“No further information is available at this time.”

Watchdog group Project Veritas recently released an undercover video that contained allegations of “ballot harvesting,” focusing primarily on a man named Liban Mohamed, who is said to be the brother of Jamal Osman, a Minneapolis councilman who won an August special election.

The man bragged about collecting hundreds of absentee ballots for his brother, in videos that were recorded in July.

A spokesperson for Secretary of State Steve Simon told The Epoch Times in an emailed statement: “Our office does not make determinations of legality, nor do we have investigative authority. Any person who believes they have evidence of unlawful voting activity should alert the County Attorney’s Office.”

President Donald Trump called on Erica MacDonald, the U.S. attorney for Minnesota, to investigate the allegations. Her office didn’t answer phone calls and hasn’t addressed the claims, which have drawn nationwide attention.

Osman didn’t immediately respond to an inquiry and also hasn’t commented about the matter.

In a tweet that he later deleted, Mohamed said the video contained “fake news.”

Meanwhile, Omar Jamal, a Somali community organizer, claimed to Project Veritas that Rep. Ilhan Omar (D-Minn.) and her supporters are linked to the alleged scheme, although state Republican Rep. Steve Drazkowski told reporters in a virtual press conference that there’s no clear evidence connecting her with what is said to have happened.

While Omar hasn’t directly addressed the accusations, her spokesman, Jeremy Slevin, said in a statement on Twitter, “Reminder that amplifying a coordinated right-wing effort to delegitimize a free and fair election is not journalism.”

Drazkowski led an effort to have Omar investigated for allegedly improper use of campaign funds. Minnesota’s campaign finance and public disclosure board found last year that she had repeatedly violated state rules against using campaign funds to pay for non-campaign expenses.

Drazkowski said concerned community members later came to him with allegations of voter fraud, including payments to people of between $100 and $200 per vote.

“They believe that Representative Omar was at the center of this,” he said during the briefing.

Drazkowski said he shared information with the FBI, as has at least one journalist.

A FBI spokeswoman told The Epoch Times via email: “In keeping with our standard practice, we neither confirm nor deny any investigation. We do not have any further comment.”

Drazkowski sent two letters on Sept. 28: one to U.S. Attorney General William Barr asking him to open an investigation into the alleged illegal practices in Minnesota, and another to Minnesota Secretary of State Steve Simon asking that he immediately suspend absentee balloting until the accusations are sorted out.

Neither the Department of Justice nor Simon’s spokesman responded to requests by The Epoch Times for comment.

Potential or confirmed issues with absentee voting have cropped up in at least two states in recent weeks.

In Wisconsin, trays of mail, including absentee ballots, were found in a ditch, while in Pennsylvania, nine military mail-in ballots, most cast for Trump, were discovered near a dumpster. Both of the discoveries are under investigation.