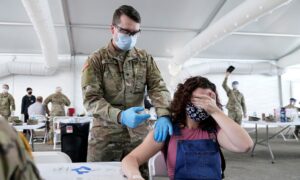 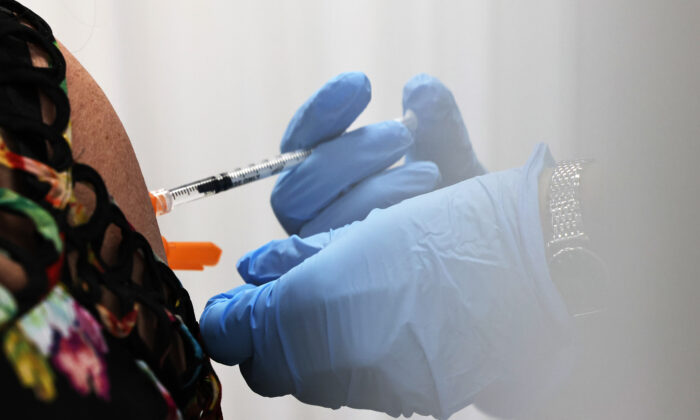 Man Hospitalized in Critical Condition With COVID-19 Despite Vaccination

A New Jersey man has been hospitalized with COVID-19 and is in critical condition after receiving the single-shot Johnson & Johnson vaccine last month, according to his wife.

Francisco Cosme, 52, received the jab at the Javits Center in New York City on March 6, and started to feel unwell on April 1, his wife Laura Eugene said, reported ABC 7.

“He started to feel like he had a sore throat, stuffy, his coughing and then he started to run a fever, started to feel fatigue. He just gets it every day—just kept on getting a symptom,” she said, noting that he tested positive for the CCP (Chinese Communist Party) virus on April 1.

Eugene said her husband is now fighting for his life in hospital, and is also undergoing treatment for pneumonia. Doctors aren’t sure whether his condition will improve with time, she said.

“I want to see from now whether he progresses or if he deteriorates—or they just don’t know which way, because they can’t tell,” she said.

Eugene, who also received the Johnson & Johnson vaccine, said her whole family have tested positive for COVID-19 since.

“Me, my son, my husband, my grandkids came to visit—we didn’t know we had COVID. They were tested positive as well. So everybody’s in quarantine until next Sunday,” she added.

Cosme’s daughter, Michelle Torres, said that he continued to practice social distancing after receiving the shot, but he became “very confused and began doing things that were not normal.”

“I’m trying to hold it together, every day you don’t know what is happening,” said Torres. “The doctor said they did all they can do and it’s up to him to fight and up to God.”

“We survived the whole year without it [the vaccine], doing all the things we are supposed to so do—social distancing, washing hands, and masking up,” Torres added. “It’s crazy and we need answers.”

It isn’t clear whether Cosme has underlying health conditions.

Johnson & Johnson didn’t immediately respond to a request for comment by The Epoch Times.

To date, four COVID-19 vaccination sites in the United States have temporarily paused giving shots after reporting a batch of adverse reactions.

The Centers for Disease Control and Prevention worked with state and local health officials to review the vaccine batches used in all four states, which were all from Johnson & Johnson. The agency conducted assessments, including reviewing reports submitted to the passive reporting system called the Vaccine Adverse Event Reporting System.