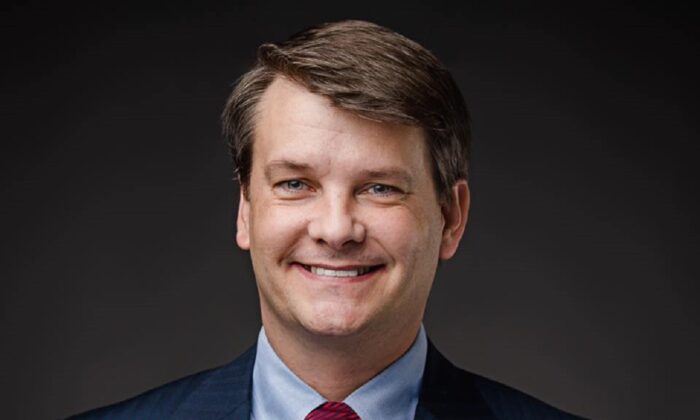 Louisiana Rep.-elect Luke Letlow, a Republican who won election to Congress earlier this month, died on Dec. 29 from complications related to the CCP (Chinese Communist Party) virus, commonly known as the novel coronavirus. He was 41.

Letlow was elected in a runoff to represent the state’s 5th Congressional District. He suffered a heart attack after undergoing an operation related to the virus, which causes the disease COVID-19, LSU Health Shreveport Chancellor G.E. Ghali told The Epoch Times.

Letlow had been admitted to a hospital on Dec. 19 after testing positive for the virus, and was transferred to an intensive care unit on Dec. 22.

Letlow lived in Start, Lousiana, with his wife and two children.

“The family appreciates the numerous prayers and support over the past days but asks for privacy during this difficult and unexpected time. A statement from the family along with funeral arrangements will be announced at a later time,” Letlow’s campaign manager said in a statement to news outlets.

Rep. Nanette D. Barragán (D-Calif.) wrote on Twitter: “Incredibly sad news. My thoughts are with Rep.-elect Letlow’s family and his entire Louisiana community during this time. He was only 41 & was set to be sworn into Congress on Sunday.”

Rep. Henry Cuellar (D-Texas) wrote on Twitter: “A tragic day for the House of Representatives. My prayers and condolences go to Congressman-elect Luke Letlow’s family and friends.”

Rep. Steve Scalise (R-La.) wrote on Twitter: “Devastated to hear of my friend Congressman-elect Luke Letlow’s passing. Luke had such a positive spirit and a tremendously bright future.”

“Absolutely heartbreaking,” Rep. Jody Hice (R-Ga.) wrote on Twitter. “My wife Dee Dee and I ask for millions of Americans to join us in prayers for this dear family.”

Rep. Robin Kelly (D-Ill.) wrote on Twitter: “My deepest and heartfelt condolences go out to the family of Congressman-elect Luke Letlow, a promising young lawmaker whose voice was cruelly silenced by this brutal pandemic.”

Rep. Andy Biggs (R-Ariz.) wrote on Twitter: “Our thoughts and prayers are with his family and his district. May God give peace to his loved ones in this time of great sorrow.”