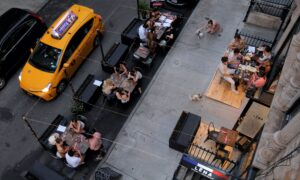 California Orders Bars in Los Angeles, 6 Other Counties to Close
0 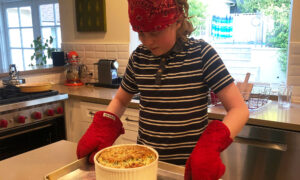 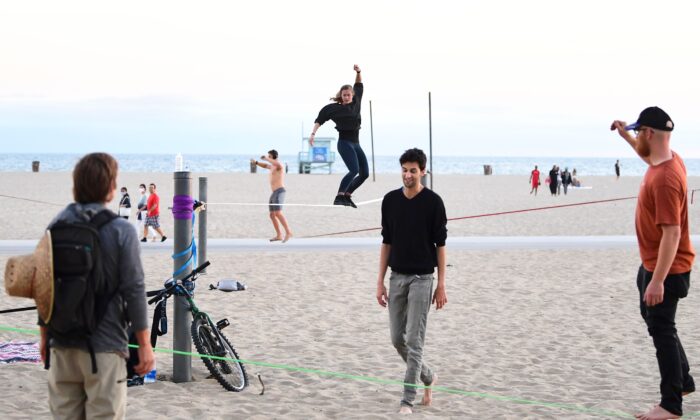 The closure of Los Angeles beaches over July 4 weekend was ordered by county officials Monday “to prevent dangerous crowding,” as confirmed cases of COVID-19 continue to rise.

The county’s public health department said in a statement that beaches will be off limits to the public from July 3 through July 6 at 5 a.m. to prevent the transmission of “deadly COVID-19,” the disease caused by the CCP (Chinese Communist Party) virus.

Fireworks displays in the county will also be prohibited over the July 4th holiday weekend, the department announced.

“During the holiday weekend, beaches will be totally closed to all recreational activities. Beach parking lots will be closed as well,” the statement read.

The news came as LA county reported more than 2,900 additional cases of the CCP virus on Monday, marking “the single largest one-day case count since the pandemic began,” the department said.

Barbara Ferrer, the county’s director of public health, said in a statement that closing the beaches and prohibiting fireworks displays during such an “important” summer holiday was an “incredibly difficult decision to make.”

“But it’s the responsible decision to protect public health and protect our residents from a deadly virus,” Ferrer said. “The Fourth of July holiday weekend typically means large crowds and gatherings to celebrate, a recipe for increased transmission of COVID-19.”

In other parts of California state meanwhile, Gov. Gavin Newsom ordered the closure of bars in counties that have seen a surge in cases of COVID-19.

In a statement on Sunday, Newsom said seven counties must close their bars. He also recommended that eight other counties in the most populous U.S. state close their bars, as he urged Californians to “remain vigilant” against the virus.

“COVID-19 is still circulating in California, and in some parts of the state, growing stronger,” he said in a statement. “That’s why it is critical we take this step.”

Los Angeles County remains the epicenter of the outbreak in the state—making up roughly more than half of new transmissions in California.

According to Fox News, Los Angeles County Sheriff Alex Villanueva has said he will not be enforcing the order to shut beaches over the holiday weekend, saying that he had not been consulted prior to the announcement.

“We were not consulted on the beach closure, and will only assist our beach cities in closing parking lots and traffic enforcement on PCH,” Villanueva told Fox 11. “In regards to enforcing the beach closure, we will not be enforcing it because we are ‘Care First, Jail Last.'”

Trump Administration to Seize Clothing Made in Prisons in China
0

Standards for Libel, and Accountability for Media, May Be Due for Re-examination
0