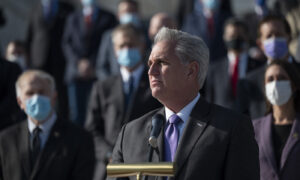 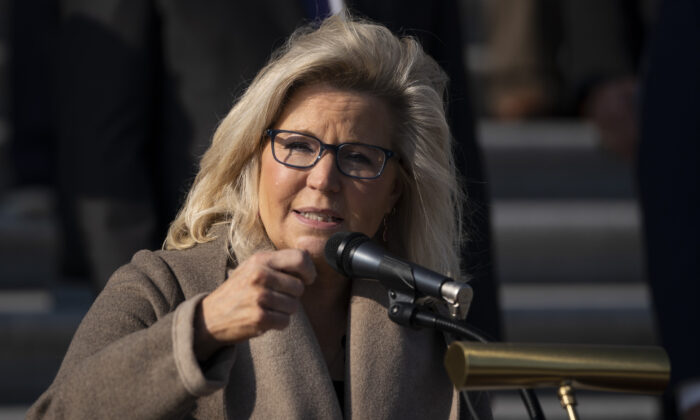 “Yes,” House Republican Leader Kevin McCarthy (R-Calif.) told reporters in Washington when asked whether Cheney would keep her position as the No. 3 Republican in the House.

“We will have a conference next week. We won’t air it to the public. But we’ll answer the questions everybody has. This is the same leadership team with the ranking members and others that came five seats away from winning a majority when everybody in America thought we were going to lose 20 seats,” he added.

“Yes, we allow differences of opinion inside our conference. They’re welcomed. But I think there’s questions that need to be answered; the style in which things were delivered.”

Cheney shocked fellow Republicans when announcing her support for the impeachment of then-President Donald Trump this month, accusing him of inciting the Jan. 6 breach of the U.S. Capitol. Cheney was easily the most high-profile Republican of the 10 who ultimately voted with every Democrat to impeach Trump.

The vote sparked a firestorm within the conference, with calls for Cheney to step down from her leadership post or be removed.

“If we’re going to fight back against those who are trying to silence the America First agenda, it cannot be with Liz Cheney as the Republican Conference chair,” Rep. Matt Gaetz (R-Fla.) said during a recent appearance on Fox News.

Some Republicans wanted a fresh vote on the position, with the hopes there would be enough support to replace Cheney.

McCarthy’s public support for Cheney appears to have stymied those efforts, at least for now.

A spokesman for Cheney confirmed to The Epoch Times what she told reporters at the Capitol last week: “I’m not going anywhere. This is a vote of conscience. It’s one where there are different views in our conference, but our nation is facing an unprecedented, since the civil war, constitutional crisis. That’s what we need to be focused on. That’s where our efforts and attention need to be.”

Cheney added on Thursday morning while appearing on Fox News, “All of us have an obligation to the Constitution, an obligation to do what we believe what is right, what our oath compels us to do, that is above politics, above partisanship.” She said her vote would be discussed within the conference.

The first Republican announced a 2022 challenge to Cheney on Wednesday. State Sen. Anthony Bouchard, a Republican, cited the recent impeachment vote in alleging Cheney is “out-of-touch” with Wyoming.