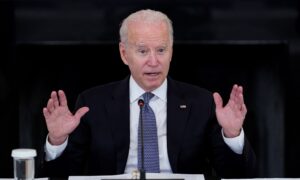 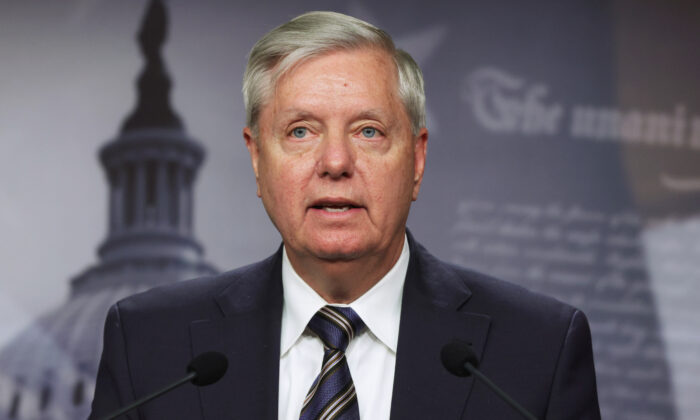 Sen. Lindsey Graham (R-S.C.) announced on Aug. 2 that he has a “breakthrough” COVID-19 infection, despite being fully vaccinated against the virus.

“I was just informed by the House physician I have tested positive for COVID-19, even after being vaccinated,” he said on Twitter, adding that he will isolate for 10 days.

Graham is the first senator in several months to test positive for COVID-19, the illness caused by the CCP (Chinese Communist Party) virus. He’s also the first publicly known “breakthrough” case among members of Congress.

Most senators have been vaccinated against the virus.

I was just informed by the House physician I have tested positive for #COVID19 even after being vaccinated.

I started having flu-like symptoms Saturday night and went to the doctor this morning.

“I started having flu-like symptoms Saturday night and went to the doctor this morning,” Graham wrote on Twitter. “I feel like I have a sinus infection and at present time I have mild symptoms.”

The senator also praised the vaccine and claimed that if he hadn’t received it, his symptoms would likely be worse, echoing claims made by federal health officials in recent weeks.

According to reporters in Washington, Graham was spotted briefly at the Capitol building on Aug. 2 and spoke with members of the press.

At 66 years old, Graham is considered to be at increased risk of developing serious COVID-19 symptoms, as more than 80 percent of all deaths attributed to the virus have involved individuals over the age of 65, according to data from the Centers for Disease Control and Prevention. In recent months, as the vaccine was being rolled out nationwide, federal and state officials called on older Americans to be vaccinated.

Graham was inoculated in December of last year and posted pictures of his vaccination on Twitter.

“If enough of us take it, we will get back to normal lives,” Graham said at the time. “Help is on the way.”

Graham also rejected claims made earlier this year by colleague Sen. Rand Paul (R-Ky.), who has said that vaccines are unnecessary for individuals who have contracted and recovered from COVID-19. Paul announced that he won’t get vaccinated because he has already contracted and recovered from the virus, meaning he has enough antibodies to stave off a potential future infection.

On Aug. 2, White House press secretary Jen Psaki said Biden administration officials “do certainly hope that Senator Graham has a speedy recovery and experiences mild symptoms, and we wish him the best of health with that.”