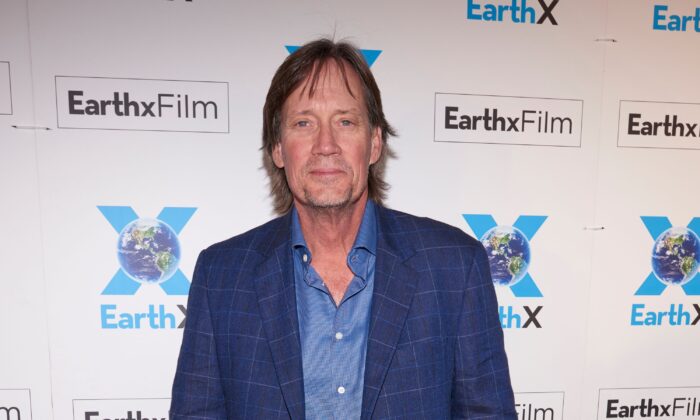 Kevin Sorbo poses for a photo during the EarthxGlobal Gala in Dallas, Texas, on April 20, 2018. (Cooper Neill/Getty Images for EarthX)
CPAC 2021

There are too many Americans afraid of being honest with themselves and speaking up about conservative ideas, actor and filmmaker Kevin Sorbo said Friday.

“I’m kind of waking up to it now and finding out that you can’t say everything because it will be censored,” Sorbo told The Epoch Times’ Joshua Philipp at CPAC in Florida.

Sorbo, who became a household name for his role in the TV series “Hercules: The Legendary Journeys,” was recently banned from Facebook after questioning the effectiveness of public health restrictions during the CCP virus pandemic and the integrity of the 2020 presidential election.

“I’m posting opposing points of view that weren’t just mine. I was putting in other doctors saying this. I was putting up things that people were saying about the voter fraud, but it wasn’t on their agenda. That didn’t follow what they considered,” Sorbo said, noting that there wasn’t any warning before Facebook removed his account that had 550,000 followers. “They just took me down because they don’t like me, because I’m a conservative.”

When asked about his life after coming out as a conservative in left-dominated Hollywood, Sorbo said he was able to advance his career in the film industry, despite the departure of those he had been working with.

“When I became more vocal about 10 years ago, my agent and manager both said goodbye to me,” the actor said. “I’ve heard some A-list actors say, ‘I’ll never hire a conservative being into my movies.’ It’s so childish. It’s so infantile.”

“But they said goodbye, so I had to form my own production company,” Sorbo continued, adding that he has shot over 45 movies since, and he has multiple movies that are coming out or in production, including a documentary that examines the mainstream narrative about climate change, and an apocalyptic Christian thriller “Left Behind.”

Sorbo moved on to encourage conservative Americans to speak out, or in the future they could lose even more control of their lives.

“The biggest killer in America right now is apathy, and there’s too many people on the right that are afraid to speak up,” Sorbo said. “I don’t care if you have five followers or 5 million followers, we need to be more brave and get out there and not be afraid of what’s going to happen to our careers and lives.”

“Look what they’re doing right now. I mean, we’re here with everybody walking around masked. They give us a little green badge saying, ‘Oh, it’s OK, you can walk around here now,'” he said. “I mean, look what we’re doing to everybody. It’s crazy. And we’ve got to keep fighting the good fight, or we’re going to lose the battle.”