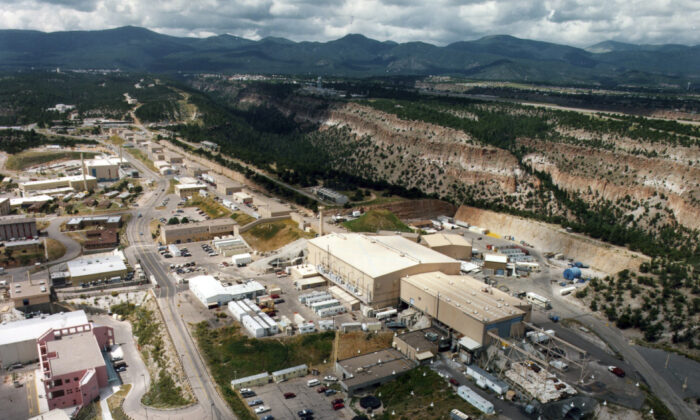 A New Mexico judge on Oct. 15 rejected a request by dozens of workers at the Los Alamos National Laboratory to block a COVID-19 vaccine mandate.

The mandate, which took effect on the afternoon of Oct. 15, was challenged by a total of 114 workers at the laboratory, which was the birthplace of the atomic bomb.

The plaintiffs claimed that Triad National Security LLC, the contractor that runs the lab for the U.S. Department of Energy, is violating their constitutional rights and that some exemptions for the mandate, which was first announced in August, had been unduly denied.

The employees also alleged that some had been harassed by lab management for not being vaccinated against COVID-19, creating a hostile work environment. One employee was allegedly screamed at and told he and his family deserved to die for being unvaccinated.

Attorneys for the Los Alamos National Laboratory argued in court on Oct. 14 that being vaccinated against COVID-19, the disease caused by the CCP (Chinese Communist Party) virus, was a condition of working at the facility.

State District Judge Jason Lidyard agreed, saying unvaccinated employees will have to find work elsewhere. The plaintiffs include scientists, nuclear engineers, project managers, research technicians, and others, and some have worked for the lab for decades.

It’s not clear how many lab employees have requested exemptions or how many could be terminated for refusing to comply. The lab said last week that more than 96 percent of workers had at least one dose of the vaccine.

“The safety and health of our employees remains our top priority as we fulfill our national security mission, and as a result our vaccine mandate remains in effect,” lab spokeswoman Jennifer Talhelm said in a statement on Oct. 15.

The plaintiffs are considering an appeal, according to Jonathan Diener, an attorney representing the workers. He said the plaintiffs have requested a jury trial.

“The main thing is we wanted to stop people from being thrown out of work,” the attorney said.

Los Alamos National Laboratory didn’t immediately respond to a request for comment by The Epoch Times.

Editor’s note: This article was further edited for clarity.