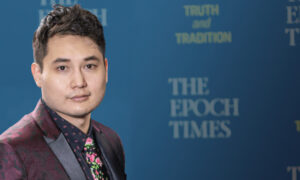 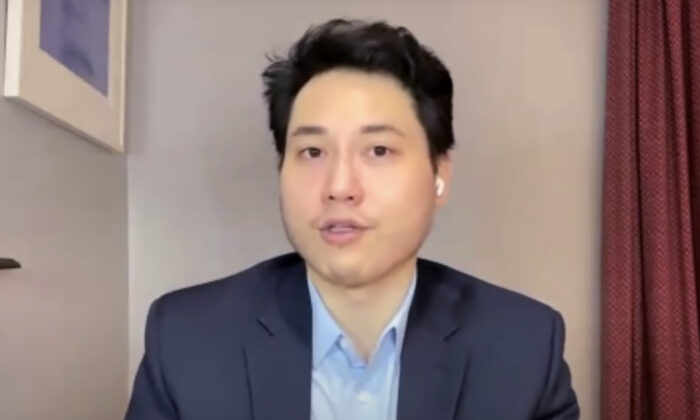 Journalist Andy Ngo on Antifa Attack: ‘I Knew If They Got Me, They’d Kill Me’

Journalist and author Andy Ngo, who has spent years documenting the activities of the anarcho-communist group Antifa, on June 12 recounted the moment he was chased and assaulted by members in Portland last month.

Ngo, an independent investigative journalist and author of “Unmasked: Inside Antifa’s Radical Plan to Destroy Democracy,” was attacked on May 28 while covering a rally on the one-year anniversary of George Floyd’s death.

In an interview with NTD’s “The Nation Speaks,” Ngo said that because much of his reporting requires firsthand field observations, he decided to go undercover to observe how Antifa’s tactics and strategies have changed since last year.

“The riots are still ongoing in Portland—not as intense and frequent, but they’re still happening, and the consequences are still being felt,” said Ngo. “So I was out on the ground in disguise, marching along with them. For whatever reason, they became suspicious.”

The journalist said he believes Antifa members grew suspicious because he refused to engage in criminal activities “unlike some of the other comrades.”

“They interrogated me and pulled off my mask and goggles, saw my face and shouted, ‘That’s him, that’s him, get him,’” he said.

Ngo said Antifa members pursued him through downtown Portland, while bystanders looked on.

“I was running in the middle of the road … sprinting for my life,” he said, adding that a member eventually tackled him to the ground at Pioneer Place Mall, and allegedly punched him in his head and face.

It was at that point that Ngo feared for his life.

“And in those moments, when I was pinned down, I could hear the rest of them all pursuing and I knew if they got me, they would kill me. They had already been promising that for two years at this point.”

The Antifa member who had pinned him down was momentarily distracted by two journalists who were photographing and videoing, and Ngo was able to crawl forward and escape to The Nines hotel, he said.

“I was escorted out through it to a discreet exit in the back. There were SWAT police, dozens of them in the front trying to restore order because of how violent this mob was and how angry they were. I was taken by ambulance to the hospital,” Ngo said.

Photos of the incident show that Ngo was scraped, bleeding, and bruised.

Prior to the May 28 attack, Ngo was brutally assaulted while he was covering one of Antifa’s protests in 2019. The scene was captured by a local reporter in video footage that shows Antifa members punching him in the face, kicking him, and hurling cups of a white substance at the journalist. Portland Police later said the cups contained quick-drying cement mixed into milkshakes. He sustained a brain hemorrhage, which doctors said could have been fatal.

But such threats and dangers don’t frighten or deter Ngo from his continued coverage of Antifa. The journalist told NTD that he feels it’s his “duty and responsibility” to inform the world about the true nature of the group.

“I do it because right now, there’s nobody yet to pass the baton on to. I feel this responsibility for me to continue because I love the United States, I love the country that gave my parents asylum, a home for me, and the opportunities I have,” Ngo said.

“I look forward to the day, hopefully, that I don’t just pass on the baton to one person, but many, many journalists.”

He said that more must be done to ensure the safety of journalists who choose to cover Antifa in the United States.

“I think what particularly makes me such a lightning target point is that there’s very few doing what I do,” he said.

“I was severely injured for it. That is the cost of doing this type of coverage in America. I think that is what’s particularly damning about this whole thing,” he said. “It’s not just the incidence of violence against me, but what it says about press freedom in the United States and where the real threat is coming from that nobody’s talking about.”

Antifa’s origins can be traced back to the “anti-fascist” movement in Germany, which was part of the Soviet Union’s front operations to incite a communist revolution in the European country. In the United States, the group claims that its members are fighting fascism, but instead labels parties and individuals who don’t align with its ideology as “fascists” to justify its use of violence against them.

The group has frequently made headlines for its violent attacks on opposing groups, particularly supporters of former President Donald Trump, whom they have branded as “fascists.”

FBI Director Christopher Wray in September 2020 described Antifa as more of an ideological movement than an organization.