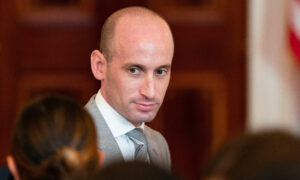 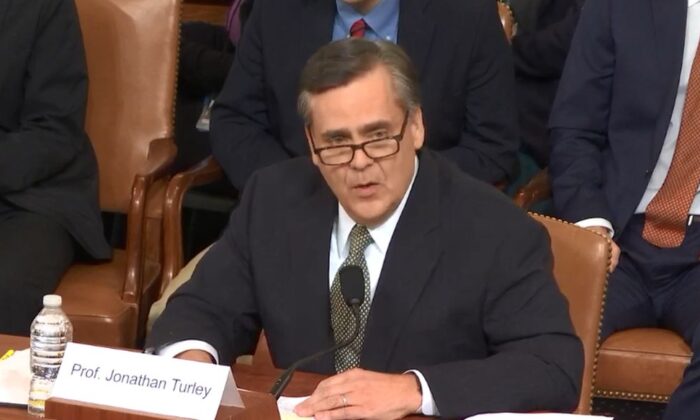 George Washington University law professor Jonathan Turley stated that there is a new “Red Scare” that is targeting conservative voices and media.

He pointed to a recent letter from Reps. Anna Eshoo (D-Calif.) and Jerry McNerney (D-Calif.) that targeted Fox News and Newsmax for allegedly spreading “dangerous misinformation.”

“From the perspectives of free speech and the free press, the letter is not just chilling; it is positively glacial. The letter does not address the long-standing objections to networks like CNN, MSNBC, and others for pronounced bias and refuted stories,” Turley told (pdf) a House subcommittee hearing this week.

Turley added: “Some were corrected and some were not. Indeed, major media figures like Chuck Todd have made demonstrably false statements and aired a clearly false or misleading clip without any correction. … Yet, the letter solely seeks to bar those networks that the members and their constituents do not like or likely watch.”

That, he argued, drew similarities to the “Red Scare” during the Cold War, where individuals who were suspected of being communist sympathizers or spies were targeted.

“There is now an inverse intolerance against conservative voices. The Red Scare was a period where writers and others were put on blacklists and denied employment for holding the ‘wrong’ views. There are now new calls for blacklists from not just members of Congress but writers and academics,” Turley remarked.

And Turley made reference to “cancel culture,” whereby individuals are socially ostracized or even terminated from their job over their viewpoints, saying it is most rampant in higher education.

“The effort to silence opposing views is not just confined to speakers. Faculty members across the country have faced investigations, threats, and even termination over espousing unpopular views. Harvard Professor Steven Pinker was the subject of a campaign to fire and remove him from a leading academic society because he questioned, on Twitter, whether police shootings were due to systemic racism, or rather, were part of a long pattern of excessive use of force by police departments,” the professor said.