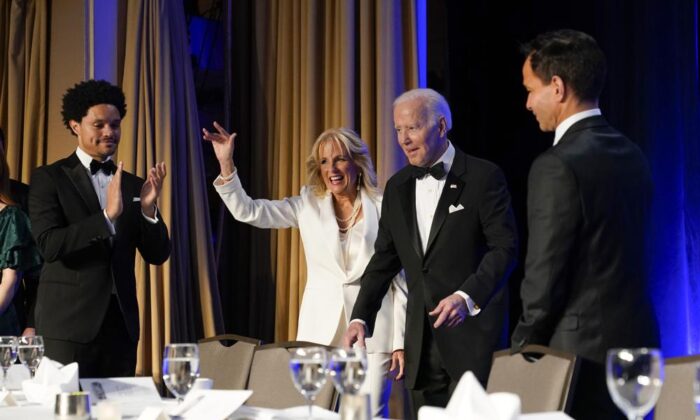 First Lady Jill Biden on Tuesday morning revealed she has not discussed whether President Joe Biden should run again in 2024 amid questions around her husband’s age and health.

When asked on the “Today” show whether she had spoken about a 2024 presidential bid, the first lady said: “Not yet.”

“He’s been a little bit too busy. Not yet, but I’m sure they’ll be discussions,” Jill Biden remarked. But she suggested that he should run for office again.

“You know, it is taxing,” Biden added, saying, “I just think he needs to keep going.”

He’s currently the oldest person to have become president. Biden will turn 80 years old in November, making him the first octagenarian commander-in-chief.

In June, CNN host Don Lemon interviewed Jean-Pierre, asking: “Does the president have the stamina physically and mentally do you think to continue on even after 2024?”

“Don, you’re asking me this question. Oh my gosh, he’s the president of the United States. I can’t even keep up with him. We just got back from New Mexico, we just got back from California. That is not a question that we should even be asking,” Jean-Pierre said in response. “Just look at the work that he does. Look how he’s delivering for the American public,” she added.

Biden has acknowledged that his being elderly is a factor for people, saying before he was sworn in that “it’s a legitimate question to ask about my age.”

Weeks after the Jean-Pierre interview, Biden tested positive for COVID-19, took a course of Paxlovid, and experienced what doctors said is a “rebound” in his symptoms.

Around the same time, an analysis released by the New York Post noted that he has spent more time away from the White House than former Presidents Donald Trump, Barack Obama, and George W. Bush. Biden often spends time in Delaware—namely at his home in Rehoboth Beach.