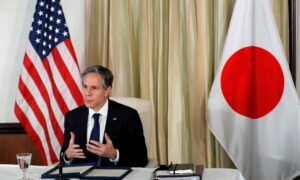 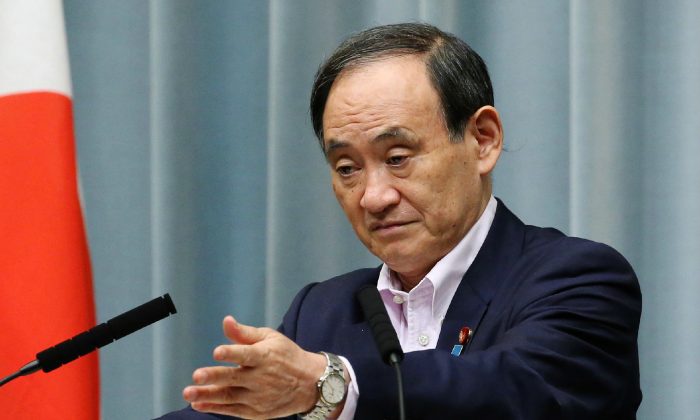 Since the start of 2021, significant changes have sprung up in the diplomatic ties between two east Asian countries—Japan and China. Currently, the Japanese government is making a dramatic turn to confront China over a range of issues including the disputed waters in the East and South China Seas, Taiwan, and the human rights situation in Xinjiang and Hong Kong.

The report highlighted that Japan could be left in a national crisis in the event of China’s invading Taiwan by force, which could come in the foreseeable future, according to the prediction of top U.S. military officials.

On March 23, the U.S. Navy Adm. John Aquilino, nominee to the U.S. Indo-Pacific commander, estimated that China might decide to launch a military strike against Taiwan sometime before 2045, based on various studies, while testifying before the Senate Armed Services Committee.

“My opinion is this problem is much closer to us than most think,” he warned.

At a Senate Armed Services Committee hearing on March 9, Davidson said that a Chinese invasion of Taiwan could come as soon as within “the next six years,” deeming it necessary to create a network of longer-range, land-based missiles in the Western Pacific to deter China from military action against Taiwan and over the Senkaku islets as well.

The Senkaku islets are contested waters, which are respectively called the Tiao-yu Islands by Taiwan and the Diaoyu Islands by China.
Japan is reportedly considering deployment of U.S. land-based missiles on its own territory as a critical means of forcing China to abort its ambitions toward Taiwan.

Taiwan Under Military Pressure from China

For geographical, political, and economic reasons, a free, democratic Taiwan is vital to Japan’s national security, according to a Feb. 9 opinion article by The Japan Times.

Taiwan is the nearest democracy to Japan, with only about 110 kms (68 miles) distance between them.

Frank Hsieh, head of the Association of Taiwan-Japan Relations, recently told the Jiji Press that China deems the United States as its biggest enemy and Japan the second biggest.

“If Taiwan were occupied by China, Japan would have to confront China’s threats squarely,” Hsieh said. “In the event of Taiwan being in an emergency situation, Japan couldn’t steer clear of it.”

However, Taiwan endures enormous pressure from the CCP, which considers the democratic island an integral part of China, and has stated in its decades-long propaganda that it will “liberate” or “reunify” Taiwan with the mainland, meaning occupy Taiwan even by force if necessary.

In 2020 the CCP stepped up its military maneuvers against Taiwan after President Tsai Ing-wen won re-election.

The CCP’s military harassment didn’t even stop on April 2, 2021 when a major train crash took place in Taiwan that claimed the lives of 50 people and injured many others.

Japan’s Minister of Defense Nobuo Kishi expressed his concern over the widening difference in military power between China and Taiwan at a press conference on April 2, 2021.

The looming Taiwan crisis is pushing the Japanese government to make critical choices and strengthen collaboration with the United States, Kyodo News reported.

On March 16 of this year, the U.S. Secretary of State Antony Blinken and Secretary of Defense Lloyd J. Austin traveled to Tokyo for a 2 plus 2 ministerial meeting with their Japanese counterparts.

At the meeting, they agreed that China’s behavior has become more aggressive. Austin emphasized that the U.S.-Japan alliance system is the best way to confront China’s destabilizing efforts.
This was the first trip outside the United States by Biden administration officials.

Jun Tsuruta, an associate professor of international law at Japan’s Meiji Gakuin University, argued that the law poses a challenge for Japan because of China’s vague definition of jurisdictional waters. He identified China Coast Guard as a maritime law enforcement agency and also a military agency after examining the text of the law in detail.

The Coast Guard Law caused strong reactions from China’s neighbors, including Japan, the Philippines, and Vietnam.

On Feb. 4, the Japanese government conveyed “strong concerns” over the controversial law at the 12th Round Meeting of the Japan-China High-Level Consultation on Maritime Affairs.

In fact, Chinese government ships sailed in the contiguous zone around the Senkakus for 333 days—a record number—in 2020, with multiple incidents of chasing Japanese fishing vessels in Japan’s territorial waters, according to Nikkei Asia. The China Coast Guard reportedly has two 10,000-ton-plus patrol ships, the largest of any coast guard in the world.

China commentator Wen Zhao noted on his Chinese-language Youtube channel on April 5: “Early this year, [Beijing] passed the China Coast Guard Law, which has provided a basis for China’s takeover of the Senkakus. Japan is unbearably worried, afraid, that the CCP might swallow up Taiwan by use of military force and the Senkaku Islands as well.”

Wen added, “Japan must show a clearer attitude towards collaboration with the United States.”

Though China has been notorious for its bad human rights abuses, Japan has been incredibly cautious regarding this sensitive subject for decades, avoiding friction with China—its biggest trading partner.

Japan’s foreign minister Motegi, in a 90-minute phone call with his Chinese counterpart Wang Yi on April 5, urged China to improve their human rights situation in Xinjiang or stop their crackdown on Hong Kong pro-democracy activists, according to a report by RFI.

However, on April 6, about 40 lawmakers from Japan’s ruling and opposition parties launched a bipartisan effort to draw up legislation that will enable Japan to impose sanctions on individuals and entities over human rights violations.

“We need action not just words, so that people don’t think that Japan is the only country avoiding this issue,” Gen Nakatani, a Liberal Democratic Party member and a former defense minister, said.