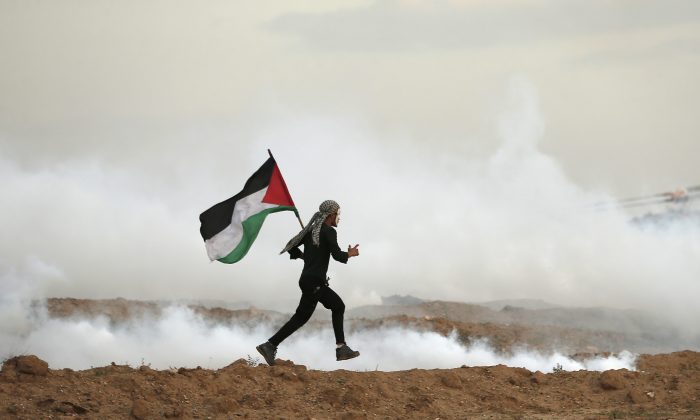 The Israeli Defense Ministry has designated six Palestinian civil society groups as terror outfits operating as part of a network run by the left-wing militant Popular Front for the Liberation of Palestine (PFLP).

The organizations are accused of funneling international donor aid to fund PFLP activities that include carrying out deadly attacks against Israelis. PFLP, part of the Palestine Liberation Organization, is considered a terror group by the United States and European Union.

The “declared organizations received large sums of money from European countries and international organizations, using a variety of forgery and deceit,” said the defense ministry.

The move by Israeli Defense Minister Benny Gantz has drawn criticism from the United Nations and human rights watchdogs.

The six organizations are Addameer, Al-Haq, Defense for Children-International, the Bisan Research and Advocacy Center, Union of Palestinian Women’s Committees, and the Union Of Agricultural Work Committees.

“Those organizations were active under the cover of civil society organizations, but in practice belong and constitute an arm of the [PFLP] leadership, the main activity of which is the liberation of Palestine and destruction of Israel,” Gantz’s office said in a statement.

Addameer, which represents Palestinian prisoners in Israeli military courts, and Defense for Children-International responded to the designation as an “attempt to eliminate Palestinian civil society.”

In a joint statement, Human Rights Watch and Amnesty International said that the “terrorist” designation allows Israeli authorities to shut down the organizations’ offices, arrest members, and seize assets in the West Bank.

“They may be able to close us down. They can seize our funding. They can arrest us. But they cannot stop our firm and unshakeable belief that this occupation must be held accountable for its crimes,” Al-Haq director Shawan Jabarin, who is accused by Israel of being a PFLP member, said to The Times of Israel.

The six organizations are some of the most well-known in Palestinian civil society and are the recipients of considerable international donations including those from the United Nations as well as the European Union among others.

The United Nations Human Rights Office blamed Israel for the action saying that counter-terrorism legislation must not be used for curtailing legitimate humanitarian work and that these designations serve only to “stigmatize” the organizations.

“The Israeli announcement confirms what our research has shown years—this time six Palestinian NGOs were designated as terrorist organizations as part of the PFLP network. All are funded by European [governments] and deeply involved in political warfare against Israel,” NGO Monitor said on Twitter, a watchdog that tracks anti-Israel groups.

Ned Price, the U.S. State Department spokesperson, told reporters that they were not informed ahead of time of the Israeli designation, and he would consult with Israel for further clarification.