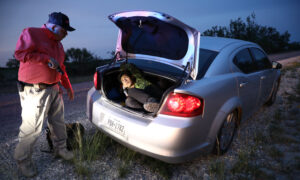 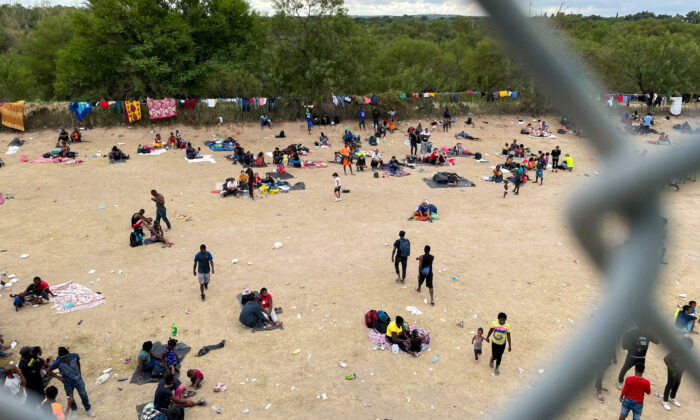 The declaration prohibits “aliens who are not lawfully present in the United States” from traveling through Kinney County unless they produce proof of a negative COVID-19 test obtained within the prior 72 hours.

If a suspected illegal alien passenger is unable to produce proof of a negative test, the driver will be directed to “immediately return to their point of origin outside of Kinney County,” the declaration reads. Federal immigration authorities will be called to ascertain immigration status.

The requirement is expected to mainly impact the transportation of illegal immigrants on public bus services, such as Greyhound, and nongovernmental organizations’ transport vans heading from the border city of Del Rio to San Antonio.

Kinney County is used as the main thoroughfare out of Del Rio, which has become the nation’s second-busiest hotspot for illegal border crossings.

Border Patrol in the Del Rio Sector currently apprehends well over 1,000 illegal aliens per day on average, according to recent statistics. Most illegal immigrants wade across the Rio Grande just upstream from the Del Rio port of entry, and Border Patrol shepherds them under the international bridge, which now serves as a temporary holding area.

Since January, Border Patrol has apprehended more than 1.2 million illegal immigrants along the southern border.

In December 2020, when the Remain in Mexico program was still in effect (placing asylum-seekers in Mexico until their case was adjudicated), just 17 illegal immigrants were released into the United States on humanitarian grounds after crossing the border. For the month of July, that number sat at 58,976, according to Customs and Border Protection statistics.

Counties along the border have found COVID-19 positivity rates of up to 40 percent in illegal immigrants, sparking concerns over their travel throughout the United States without quarantine.

The city of Laredo, Texas, sued the federal government recently to block the transport and release of illegal immigrants into the city after local NGOs became overwhelmed with the volume of untested illegal immigrants. The city subsequently withdrew the lawsuit after reaching an agreement with federal authorities.

Texas Gov. Greg Abbott engaged in a back-and-forth with Attorney General Merrick Garland after issuing an executive order that restricted the transportation of illegal aliens in Texas due to COVID-19. Abbott’s order was blocked by a federal judge.

Kris Kobach, general counsel for the Alliance for Free Citizens, said Kinney County’s declaration is narrower than Abbott’s and it’s unlikely a legal challenge would bear out.

The county is “on solid legal ground” and has the authority to “protect the health of its residents,” Kobach told The Epoch Times.

“Winning a lawsuit against Kinney County’s declaration would be difficult, I think,” he said.

Kobach, who is representing several Texas counties suing the Biden administration over deportation policies, said that even if Border Patrol releases an alien with a notice to appear or a notice to report, it doesn’t make the alien lawfully present in the United States if they crossed the border illegally.

Kinney County’s declaration is effective immediately and will expire on Nov. 7. It was signed by the county judge and the four county commissioners.