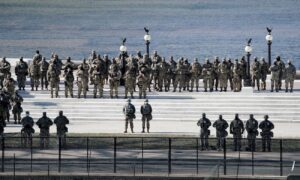 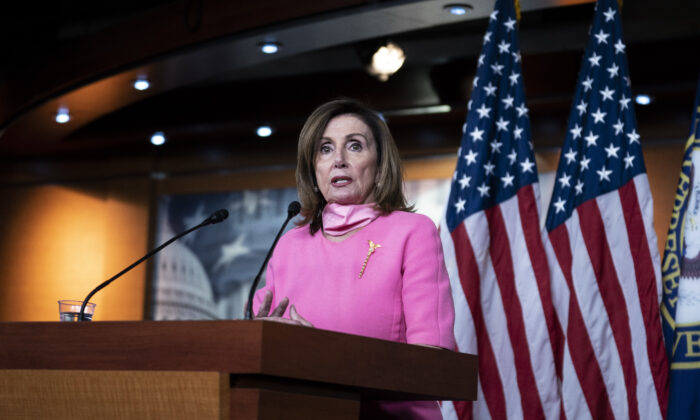 House Aims to Vote on COVID-19 Relief Bill by End of Next Week: Pelosi

“At the same time, there is communication with the Senate as to what the Byrd rule will allow in the bills as we go forward,” Pelosi said on Feb. 18, referring to the “reconciliation” process—a way in which Democrats can approve a package with a simple majority of 51 votes instead of 60.

If the measure isn’t passed, federal unemployment benefits could end for millions of Americans who lost their jobs due to lockdown orders initiated by various state and local governments over the past year. The $300 per week federal unemployment supplement and a provision that expands eligibility are slated to expire on March 14.

The legislation also authorizes the distribution of $1,400 stimulus payments to most Americans and up to $3,600 per child to households each year. Also included are $350 billion to state and local governments and $170 billion to public schools and universities; about $20 billion will be used to create a national vaccination program.

Republicans and some Democrats have said the bill is too costly, saying that some people shouldn’t be eligible for stimulus payments.

The House bill also will include a plan to increase the federal minimum wage to $15 per hour by 2025, a proposal that’s opposed by Republicans and some moderate Democrats in the Senate.

Left-wing Democrats have touted the minimum wage increase as a critical boost to hourly employees, with some Republicans said that states should be the ones that make that decision.

“Frankly, given the makeup of the Senate, this is our best opportunity and the right moment in the midst of this pandemic to give millions of workers a long-overdue raise,” Rep. Pramila Jayapal (D-Wash.), chair of the Progressive Caucus, said on Feb. 18, Business Insider reported.

The Internal Revenue Service, meanwhile, said that all $600 stimulus payments that were authorized in late December have been sent out.