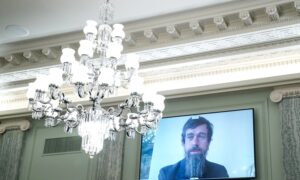 Gun sales in the United States set a record in 2020, FBI statistics show, in a year scarred by the COVID-19 pandemic and marked by social and political tensions.

In 2020, federal authorities carried out more than 39.5 million firearms background checks, which serve as a proxy for gun sales.

Staff at the National Instant Criminal Background Check System (NICS) processed nearly 4 million checks in December, the busiest month on record. Since it was begun in 1998, the NICS system has processed more than 300 million checks, including over 1.5 million denials.

But while the gun sales trend has seen a steady rise since 2005, when nearly 9 million checks were done, the past year saw extraordinary activity, with almost 40 percent more checks compared to 2019.

Mark Hanish, Ammo’s president of global sales and marketing, told the Financial Times in an interview ahead of the election that part of the surge in gun sales was among people who previously didn’t own firearms, because of a combination of the pandemic, the election, and concern about “civil unrest and uncertainty.”

“In past [election] run-ups, your traditional folks who were already gun owners would purchase more. This is brand new people,” he told the publication.

In a study conducted ahead of the November election, researchers found that concerns about the pandemic drove a surge in gun sales in California and increased owners’ propensity to store their firearms loaded and not locked.

People who bought firearms during the outbreak cited concerns over lawlessness, prisoner releases, the government going too far, government collapse, and gun stores closing, according to the study (pdf).

“Violence is a significant public health problem that has become entwined with the coronavirus pandemic,” the researchers wrote, noting that the virus itself and “efforts to lessen its spread have compounded this burden.” Lockdown-related isolation, unemployment, and a sense of hopelessness—factors the researchers said contribute to violence—all intensified amid the outbreak.

Regardless, firearms manufacturers have benefited from the windfall.

“There has never been a sustained surge in firearm sales quite like what we are in the midst of,” Jim Curcuruto, research director for the National Shooting Sports Foundation, told the Financial Times.

One of the factors that may have played into the gun sales surge ahead of the November election was the fear of losing gun rights in the event of a victory by President-elect Joe Biden, who has called for a number of measures, including prohibiting online gun sales and incentivizing states to introduce “red flag” laws and gun-licensing regimes.