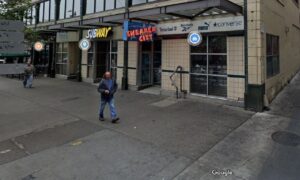 Gun sales in swing states have soared year-to-date compared to the same period last year, potentially flagging Second Amendment rights as a key election issue in November in regions that may make a crucial difference in who wins the race for the White House.

While the definition varies as to what constitutes a swing state, it’s typically understood as one that tends to or has the potential to flip between red and blue across election cycles. Progressive political group Swing Left, created after President Donald Trump’s victory in 2016, is focusing its efforts on what it calls “12 Super States,” to flip Republican strongholds and take the White House. These are ones that the organization is urging its supporters to focus their efforts on as key to delivering potential Democrat victories on various fronts: Arizona, Colorado, Florida, Georgia, Iowa, Maine, Michigan, North Carolina, Ohio, Pennsylvania, Texas, and Wisconsin.

“If you overlay the target maps, the most important battles to win the White House, the Senate, and the once-in-a-decade fight to control redistricting are concentrated in the same few states,” the organization says in its “Super State Strategy,” which gives insight into what progressives are concentrating on to thwart Trump’s reelection efforts.

All twelve of these “Super States” have seen gun sales soar when looking at the January to August of 2020 figures compared to the same period in 2019, according to the FBI’s National Instant Criminal Background Check System (NICS). Background checks do not correspond one-to-one with sales as they typically don’t capture private gun sales, and some checks are for concealed carry permits, but the NICS figures are considered a decent proxy.

Regarding the six “toss-ups,” Arizona saw an 84.5 percent rise in the first eight months of the year compared to the same period last year, Florida gun sales grew by 59.4 percent, Michigan by 114 percent, Pennsylvania by 27.7 percent, Wisconsin by 66.6 percent, and North Carolina by 114.5 percent. In the other six “Super States,” gun sales so far this year are already around the level at which they were for all of 2019.

Mark Hanish, Ammo’s president of global sales and marketing, said part of the surge in gun sales was from people who previously did not own firearms, due to a combination of the pandemic, the election, and concern about “civil unrest and uncertainty.”

“In past [election] run-ups, your traditional folks who were already gun owners would purchase more. This is brand new people,” he said in remarks to the Financial Times.

Hanish added that he believes anxiety about safety amid civil unrest weighs more heavily than the fear of losing gun rights in the event of a victory by Democrat presidential nominee Joe Biden, who recently ramped up his gun control rhetoric.

“Weapons of war have no place in our communities,” Biden wrote on Twitter in the wake of a recent ambush of two sheriff’s deputies in California. “We need to ban assault weapons and high-capacity magazines,” he added.

His statement followed an earlier tweet in which he referred to a 10-year Senate ban on “assault weapons” and high-capacity magazines, saying Congress should never have let it expire. “As president, I’ll take on the @NRA and we’ll ban them once again.”

Biden also wants universal background checks for nearly all gun transfers and the repeal of a law that shields gun-makers from liability for lawful gun sales. He would also prohibit online gun sales and supports state “red flag” laws and gun-licensing regimes.

Trump, meanwhile, has repeatedly spoken out in favor of protecting the constitutional right to bear arms. But while the president and Republicans have often touted their support for the Second Amendment in campaigning, some experts, like senior crisis and litigation vice president for the D.C-based kglobal Agency, Scott Sobel, believe gun rights are unlikely to be a decisive issue in swing states across the board.

“Swing states are the entire ballgame,” Sobel told Fox News, but added that “there isn’t one issue that is salient for all the swing states either; each one has somewhat different hot buttons.”

Regardless, firearms manufacturers are benefitting from the windfall.

“There has never been a sustained surge in firearm sales quite like what we are in the midst of,” said Jim Curcuruto, research director for the National Shooting Sports Foundation (NSFF), in remarks to the Financial Times.

U.S. civilians have owned about 423 million firearms between 1986 and 2018, according to NSFF estimates, which translates to around five guns for every three American adults.