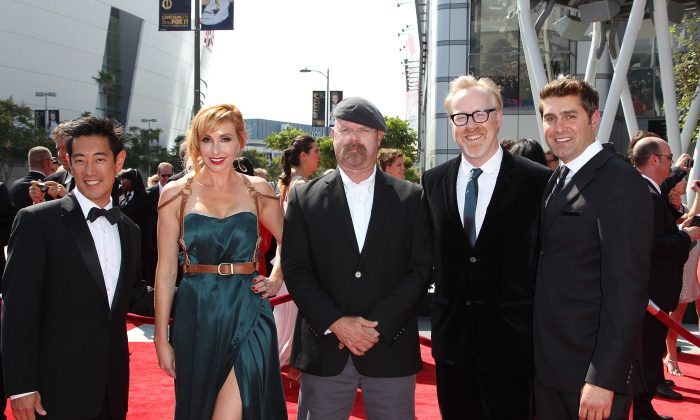 Tory Belleci and Grant Imahara, the stars of “Mythbusters,” were at the Los Angeles International Airport when a shooting took place.

“Security has moved us to a safe location. Police everywhere,” he wrote.

He added: “Heard gun shots then everyone starting running for the door. Not sure if anyone was hurt.”

Imahara was also there.

He wrote: “I was in the Virgin lounge upstairs. Saw everyone pour out of the terminal onto the tarmac. Then I heard shots fired outside.”

“Alarms still ringing in the terminal as we are being evacuated,” he wrote on his Twitter account. “Waiting to evacuate, watching TV to find more info,” he added.

Early reports said that between two and three people were shot, including the shooter. The shooter, who apparently had a high-powered rifle, was also apprehended.