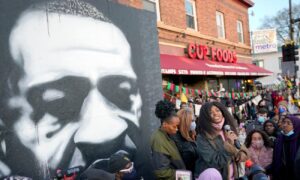 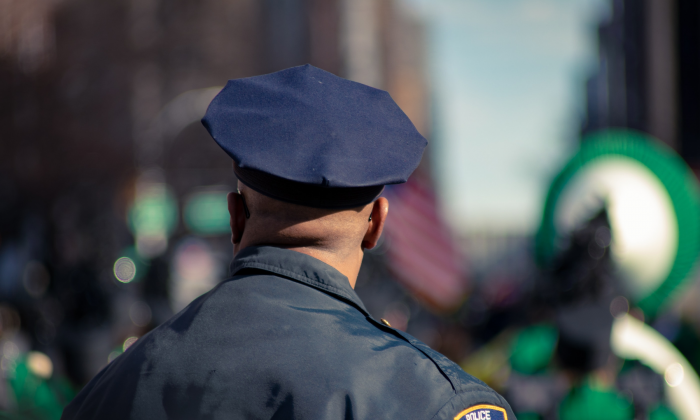 GOP lawmakers on Thursday introduced a bill that would restrict federal funding to U.S. jurisdictions that do not support the rule of law.

The “Lawless Cities Accountability Act,” whose chief sponsor is Rep. Matt Rosendale (R-Mont.), makes the case that if jurisdictions do not enforce the rule of law and protect residents, they should not have access to federal funding.

The proposed law is based on a memorandum that was issued by former President Donald Trump in early September 2020 following months of violent protests across multiple American cities. It ordered a review of federal funding to certain state and local governments deemed to be “permitting anarchy, violence, and destruction in American cities” in the wake of the death of George Floyd in Minnesota.

The latest GOP-backed bill, introduced during National Police Week, would revoke federal funding to state or local jurisdictions deemed by the Attorney General as “lawless.”

“It’s obvious how important policing is to maintain communities and keep its citizens safe,” Rosendale said in a statement. “Cities that decided to strip funding from their police departments have seen a major increase in violent crime committed, putting Americans at risk.”

He added, “No federal funds should be given to cities that continue to encourage criminal rioting and lawlessness. We cannot allow these jurisdictions to jeopardize the progress we have made as a nation to fight crime.”

Rep. Alex Mooney (R-W.Va.), a cosponsor of the bill, said in a statement that taxpayer money “should not be provided to cities that defund their police and do not allow them to do their job.”

“We must defend the rule of law in America. This includes empowering our police officers and law enforcement agencies to maintain law and order in our communities,” Mooney said.

“Throughout 2020, we witnessed anarchists take to the streets and destroy historic monuments, vandalize and burn small businesses, and harass regular Americans who were simply enjoying an outdoor dinner,” Rep. Budd said in a statement. “The fact that this activity goes on and is tolerated by Democrat-run cities is outrageous and an insult to every law-abiding citizen of our land. Violence like this has no place in America. We need to strip federal funding from cities that refuse to confront this lawlessness in their communities.”

Rep. Babin said that leaders had “repeatedly chose to abandon law enforcement and bend the knee to the radical Left” in 2020, which saw violence and crime in multiple U.S. cities to continue unabated.

“Keeping citizens safe should be the top priority of every elected official,” Babin said, adding, “City officials who willingly ignore the rule of law, fight to defund law enforcement, and allow chaos to reign supreme, should not be given federal funds—plain and simple.”

Rosendale’s office said that cities’ failure to enforce the law “has severe consequences and costs lives,” citing an increase of some 33 percent in homicides in major U.S. cities in 2020.

The Justice Department under the Trump administration in late September 2020 labeled the three cities of Portland, Seattle, and New York as “anarchist jurisdictions” that could have their federal funding withheld. The cities had seen drastic increases in violent crimes in prior months and had cut funding to their police departments.