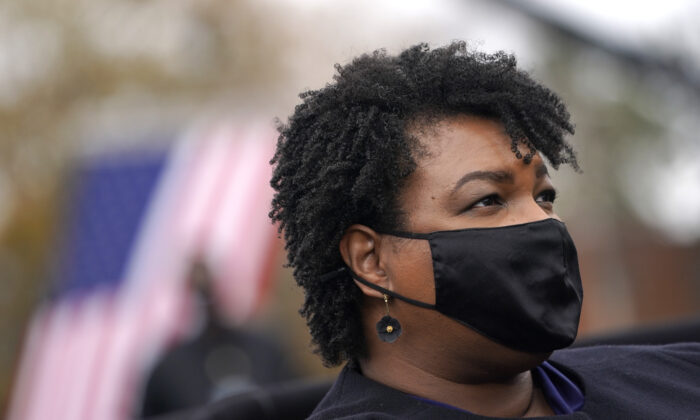 A federal judge in Georgia on Friday rejected a request for an order that would have barred an election integrity group from filing more challenges to voters in the state.

Fair Fight, a group that says it aims to combat voter suppression, filed a request for the order. Fair Fight was founded by failed Georgia gubernatorial candidate Stacey Abrams, a Democrat.

Fair Fight accused True the Vote, a group that says it aims at protecting the integrity of elections, of launching a coordinated campaign to harass and intimidate voters across Georgia.

“While the Court does not doubt that Doe Plaintiffs have legitimate fear of retaliation, there is insufficient evidence at this point to connect intimidation or harassment (real or attempted) to Defendants. At this stage, the connection to Defendants is too tenuous to find they have violated” the law, he wrote.

Still, Jones added that the case isn’t over and called the challenges to voters weeks before the Senate runoff elections “suspect.”

“The Court will not abide attempts to sidestep federal law to disenfranchise voters. Nor will it tolerate actors brandishing these voter challenges to intimidate and diminish the franchise, for such acts diminish democracy itself. But the Court must rely on proper evidence and facts to determine whether these acts have in fact run afoul of federal law. The Court looks forward to seeing what evidence the Parties bring to bear,” he said.

Fair Fight had asked the judge to stop Texas-based True the Vote from submitting or causing the submission of any further voter challenges, from participating in any poll watching or election observing activities, and from photographing or recording voters or election workers during the course of voting.

Fair Fight didn’t immediately respond to a request for comment.

True the Vote announced last month that it was partnering with Georgians in every county to challenge 364,541 “potentially ineligible voters.”

“Ongoing debates about the November election throughout the country have Americans focused intently on improving the integrity of our elections and restoring the faith of voters. Today we assisted concerned Georgia voters in taking a stand for the sanctity of every legal vote,” Catherine Engelbrecht, the founder and president of True the Vote, said in a statement.

“It is our hope that this historic challenge marks the beginning of the great awakening of American voters to serve our democracy by getting involved in the process.”

The challenges led to at least two counties moving to remove voters from voter rolls, based on indications they were registered at addressed they’d moved from. A ruling by Abrams’ sister, a federal judge, stayed those counties, but one of the counties successfully appealed and the order was partially rolled back.

In an email to supporters this week, True the Vote accused Abrams and Fair Fight of attacking them, but said “we are all standing firm” and asked for donations.