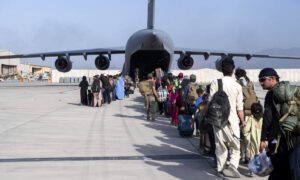 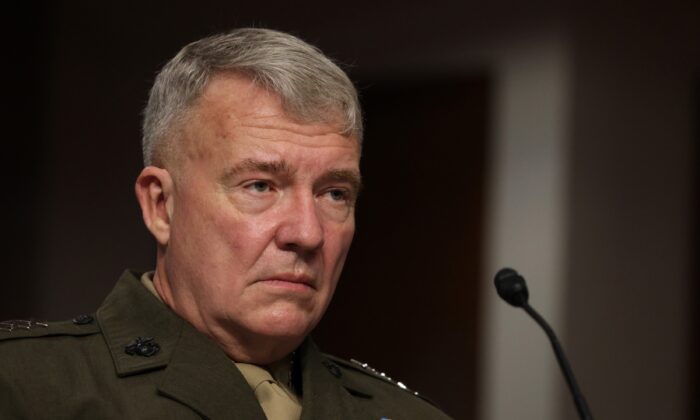 Two top-ranking generals on Tuesday said they recommended to President Joe Biden that he leave U.S. troops in Afghanistan.

“I recommended that we maintain 2,500 troops in Afghanistan,” Gen. Frank McKenzie told members of a Senate panel in Washington.

And Gen. Scott Miller, who commanded U.S. forces in Afghanistan, made similar comments to senators behind closed doors earlier this month.

McKenzie said he was concerned that a full pullout “would lead inevitably to the collapse of Afghanistan military forces and eventually the Afghan government.”

After the United States started preparing for its final withdrawal, the Taliban routed U.S.-backed Afghan forces and took over the country, triggering a frantic 10-day evacuation mission that failed to evacuate all Americans from Afghanistan.

McKenzie said he was confident the recommendations were heard by Biden.

Former President Donald Trump started the U.S. withdrawal from Afghanistan but troops were still in the country when Biden took office in January. Biden ended up following through on the withdrawal, despite recommendations to keep troops there.

Asked whether top military advisers recommended keeping 2,500 troops in Afghanistan, Biden told ABC News last month that “no one said that to me that I can recall.”

Sen. Tom Cotton (R-Ark.) said Tuesday that he was shocked by what he heard.

“Gen. Milley, I can only conclude that your advice about staying in Afghanistan was rejected,” Cotton said.

“It is clear—President Biden lied to the American people and ignored military advice,” Rep. Doug Lamborn (R-Colo.) added on Twitter.

White House press secretary Jen Psaki told reporters at a briefing Tuesday that Biden “made clear that” advice from advisers “was split” and that the president “didn’t outline what every individual conveyed to him.”

Later in the hearing, under questioning by Sen. Mazie Hirono (D-Hawaii), Milley said that the Joint Chiefs of Staff, which he chairs and which includes Gen. McKenzie, unanimously recommended on Aug. 25 that the United States fully withdraw from Afghanistan.

“Every one of us evaluated the conditions at the time on the 25th and we made a unanimous recommendation that we end the military mission and transition to a diplomatic mission,” Milley said.

Biden ultimately ordered troops to withdraw by the end of the month, and forces pulled out by the end of Aug. 30, leaving, according to the administration, as many as 200 Americans behind.