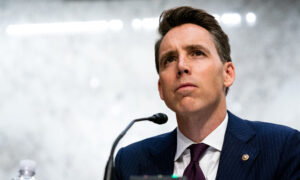 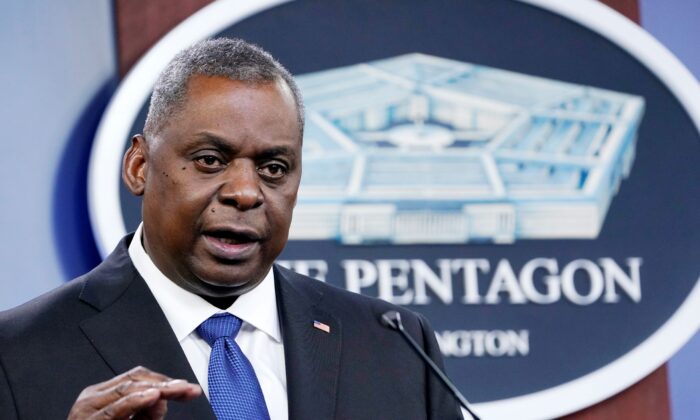 Defense Secretary Lloyd Austin speaks during a briefing at the Pentagon in Washington on May 6, 2021. (Susan Walsh/AP Photo)
US News

General Says US May Train Afghan Forces in Other Countries

WASHINGTON—The U.S. military may continue to train Afghan security forces, but do it in other countries after American forces leave Afghanistan, the top U.S. military officer said Thursday, calling it one of several options the Pentagon is considering.

Speaking at a Pentagon press conference, Gen. Mark Milley, chairman of the Joint Chiefs of Staff, also said the United States has not settled on a plan yet to continue supporting the Afghan Air Force, which is heavily dependent on the United States for maintenance, training, and repairs. He said some U.S. aid may have to be done from outside the country, but officials are also looking at whether some contracts may be turned over to Afghan control.

Defense Secretary Lloyd Austin acknowledged that continuing without American support on the ground “will be a challenge” for the Afghans as they try to hold off Taliban insurgents. This was the first news conference the two have done together since the Biden administration took office in January.

President Joe Biden announced last month that all American troops will withdraw from Afghanistan by Sept. 11. NATO allies have said they will do the same, and troops have already begun leaving. Austin said the “drawdown is going according to plan.”

The Pentagon has said there were about 2,500 U.S. troops there in recent months, but Milley said the total rises to 3,300 if special operations forces are counted. Military commanders have also said that additional forces will flow in to help with security and logistics for the drawdown.

Pentagon officials have said they will do all they can to monitor terror threats and help the Afghans from other locations in the region, described as “over the horizon.” But officials have not detailed where those would be.

Gen. Frank McKenzie, the top U.S. commander for the Middle East, has warned that Afghanistan’s military “will certainly collapse” without some continued American support once all U.S. troops are withdrawn. He has expressed concerns that Afghan forces may be unable to prevent the Taliban from taking more ground, and said the Afghans will need help and funding to maintain and fly their aircraft.

Milley said last week that Afghan government forces face an uncertain future and, in a worst-case scenario, some “bad possible outcomes” against Taliban insurgents as the withdrawal of American and coalition troops accelerates in the coming weeks.

The Taliban, meanwhile, have threatened Afghan journalists, saying those who give “one-sided news in support of Afghanistan’s intelligence” service must stop or “face the consequences.” On Thursday, gunmen killed a former Afghan TV presenter as he was traveling in the southern city of Kandahar, according to a provincial official, who said other journalists in the area have been warned that extremists are targeting them also.

Within about two months of the U.S.-led invasion in October 2001, the country’s Taliban rulers were removed from power and militarily defeated. But within several years, they had regrouped, rearmed, and reasserted themselves, taking advantage of sanctuary in neighboring Pakistan. In recent years the Taliban achieved a battlefield stalemate with U.S.-supported Afghan government forces.