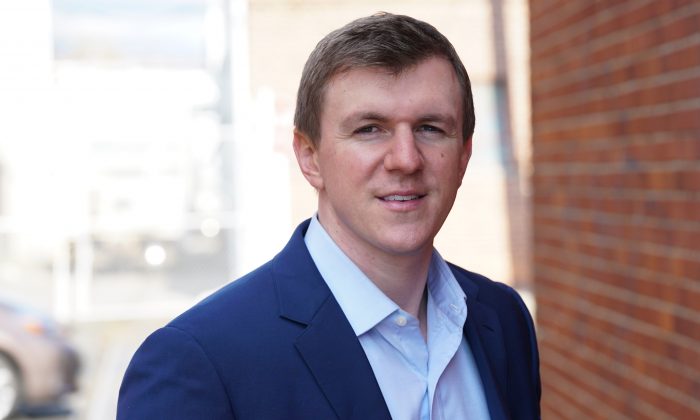 WASHINGTON–With Congress apparently declining to exercise its oversight powers to examine the FBI’s infringements on the free press, the House Freedom Caucus held its own conference on the matter in lieu of a formal hearing.

The May 10 conference, led by Rep. Andy Biggs (R-Ariz.), followed the protocols of a hearing on Capitol Hill, except that Freedom Caucus members gathered instead at the FreedomWorks headquarters on K Street. The witnesses there, reporters Sharyl Attkisson and James O’Keefe, told the legislators their stories of FBI surveillance and threats made against them.

O’Keefe, the founder of Project Veritas, recounted when armed FBI agents raided his home in the predawn hours of Nov. 6, 2021. Project Veritas had obtained an apparent copy of a diary belonging to Ashley Biden, President Joe Biden’s daughter, and the FBI said it was stolen—even though Project Veritas had provided it to local law enforcement.

“It is clear the framework of journalist protection is not enough,” said O’Keefe, calling on Congress to enact protections for reporters from federal law enforcement overreach.

O’Keefe’s case has received national attention, with organizations such as the American Civil Liberties Union (ACLU) condemning the FBI’s raid on his home. He said legal protections for reporters are even more important for the “unknown reporter” than for him.

“What of the unknown reporter? No one knows his name. His wages are printed words. The thirst for truth courses through his blood. He believes the maxim: ‘Even if only one person listens to my investigative report, it’s worth doing because the truth matters,’” O’Keefe said. “We can; we must protect that person so that what happened to me never happens to him.”

Attkisson, who exposed the Obama-era gunwalking scandal at the Bureau of Alcohol, Tobacco, Firearms, and Explosives, shared her experience of the U.S. government breaching her electronic devices. According to Attkisson, the government infected her computers with spyware in an attempt to identify her sources.

Attkisson’s story is well-documented in media reports and in her litigation against the government, which is still ongoing. But she still surprised committee members when she told them the FBI threatened to plant child pornography on her husband’s laptop.

“One of the federal agents involved in one of the operations against me said they intended to plant child pornography on my husband’s computer. This was the FBI. It was not accomplished in my case—I guess the curtain was drawn on that facet of the operation before they could do it—but imagine how you’d ever get out of that,” she said. “They knew we had a young daughter at home.”

Attkisson said the electronic surveillance she experienced is common in the national media.

“After CBS News announced the spy operation against me, I attended an investigative journalism conference, where one executive from each major network pulled me aside and said they were certain they’re also being surveilled by the government,” she said. “Imagine how this impacts what we report and what our bosses allow us to report.”

In terms of specific policy recommendations, O’Keefe called on Congress to enact requirements for the FBI to hold hearings for journalists before they can seize their records.

“Eric Holder and others got their names pulled off my lawsuit because of an immunity protection that they have, which I’m told needs to be remedied by Congress. Otherwise, they’ll have blanket immunity in cases like mine,” she said. “The courts say Congress needs to correct this.”

Responding to the testimony from O’Keefe and Attkisson, Rep. Bob Good (R-Va.) lamented the fact that the Democratic-controlled House declined to hold a hearing on this matter.

“They certainly wouldn’t permit it on Capitol Hill while they have the majority,” Good said.

Rep. Matt Gaetz (R-Fla.) promised that Republicans would investigate the matter once they controlled the House.

The FBI didn’t respond by press time to a request by The Epoch Times for comment about the mock hearing or the statements made therein.