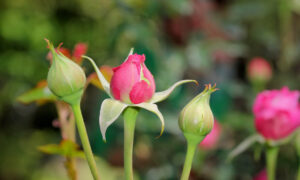 The FBI has confirmed that its agents executed a search warrant of a Florida home in connection to the disappearance of Gabby Petito.

“The FBI is executing a court-authorized search warrant today at the Laundrie residence in North Port, FL relevant to the Gabrielle ‘Gabby’ Petito investigation,” the agency wrote on Twitter on Sept. 20, referring to the parents of Brian Laundrie, the boyfriend of Petito who has been named as a person of interest in her disappearance.

“No further details can be provided since this is an active and ongoing investigation,” the FBI stated.

A livestream from a reporter on the scene showed FBI agents entering the home. The North Port Police Department placed police tape around the property, and officers were seen telling members of the media that the home has been declared a “crime scene.”

Laundrie’s father, Chris Laundrie, was seen being led out of his home by FBI agents, photos captured by a Fox News reporter show. It’s not clear if the elder Laundrie was named as a suspect or a person of interest in the case.

The incident came just hours after officials in Wyoming discovered the body of a young woman who appears to be Petito, whose family reported her missing about a week ago. Officials have said that Laundrie, who was on a road trip with Petito when she allegedly went missing, hasn’t been cooperative with law enforcement and later went missing.

“At this time, we currently believe we have exhausted all avenues in searching of the grounds there,” North Port Police Public Information Officer Josh Taylor told local media outlets. “Law enforcement agencies continue to search for Brian Laundrie.”

Petito’s family had been pleading for the Laundrie family to tell them where their son last saw her. Petito and Laundrie were childhood sweethearts who met growing up on Long Island, New York. His parents later moved to North Port, about 35 miles south of Sarasota, Florida.