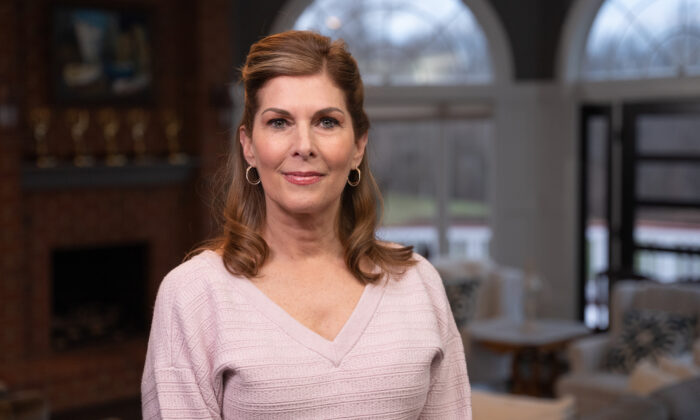 Fact-Checkers Are Used to Confuse the Public: Sharyl Attkisson

Five-time Emmy Award-winning journalist Sharyl Attkisson says she’s seen an increased effort to manipulate the public to appreciate censorship and disapprove of journalism. One of the strategies that have been employed is the use of third-party fact-checkers, she said.

“Nearly every mode of information has been co-opted, if it can be co-opted by some group, [and] fact-checkers are no different,” Attkisson told EpochTV’s “American Thought Leaders.”

“Either they’ve been co-opted, in many instances, or created for the purpose of distributing narratives and propaganda. This is all part of a very well-funded, well-organized landscape that dictates and slants the information they want us to have.”

Attkisson said she first started to notice news being controlled in the early 2000s, when the media company she was working for was actively trying to suppress certain stories.

“The pushback came to be more about keeping a story from airing or keeping a study from being reported on the news, not just giving the other side, not just making sure it was accurately reported,” she said of pharmaceutical company stories she was covering at the time.

In 2016, Attkisson heard President Barack Obama say news needed to be curated, after which mainstream media outlets started to consistently use the term “fake news” to describe mostly conservative news stories that went against the narrative.

“And I remember thinking that was such a strange thing to say, because there was no big movement among the public that people needed to have their information curated, that someone needed to step in and tell us what to think, curate what was online. But … after that, if you look at the media, day after day, there were headlines about fake news and curation of what should and shouldn’t be reported,” she said.

Attkisson was referring to Obama’s comment at the White House Frontiers Conference in Pittsburgh, in October 2016.

“It’s relevant to our democracy, citizenship,” Obama said. “We’re going to have to rebuild, within this wild, Wild West of information flow, some sort of curating function that people agree to.”

Because Attkisson was curious about this idea of curating news, she researched the topic of misinformation, which led her to a nonprofit called First Draft, which was funded by former Google CEO Eric Schmidt.

“And if you looked at the nonprofit’s website when they said fake news, they meant entirely conservative-base fake news and their viewpoint—there was no liberal version of fake news. And then within a matter of weeks, President Obama gives the speech, the media takes off and runs with it,” she said.

Attkisson said the fake news phrase was actually started by the left but was effectively turned on its head by President Donald Trump, and now most people think he coined the phrase.

“But it’s actually well-documented as an invention of political activists on the left during the time period I described,” she said.

For her book “Smear,” she interviewed people who work to spread misinformation and propaganda with the goal of confusing the public.

“And they explained to me that if they do nothing more than confuse the information landscape—maybe you don’t totally buy what they say, but they’ve done enough to make you not sure of anything,” she said.

Censorship During the Pandemic

Attkisson criticized large news outlets for being a “mouthpiece” of the government or other special interest groups instead of challenging them or holding them accountable, particularly as it relates to the pandemic.

She said that soon after the pandemic began, she spoke to many scientists, government as well as private, about the virus and the course it was taking before she formed an opinion. She asked some of the scientists to speak out, but they were afraid.

“They said they dare not speak out for fear of being controversial, and for fear of being called coronavirus deniers, because that phrase was starting to be used in the media. And secondly, they feared contradicting Dr. Fauci, who they said had been kind of lionized or canonized in the press for reasons that they couldn’t understand,” she said.

Dr. Anthony Fauci has been the director of the National Institute of Allergy and Infectious Diseases (NIAID) since 1984, which allowed him to advise seven presidents on public health issues, including COVID-19. He has been accused of misleading the public about funding gain-of-function research in China.

Attkisson said the National Institutes of Health used taxpayer money to fund gain-of-function research in partnership with China, but media reports were to the contrary.

“And then, the narrative is being managed another way I remember, after reviewing the grants themselves to my satisfaction, because I didn’t know what was true till I found the documentation and then still hearing, not just public health figures, but reporters claim as if they know the truth, that none of this had happened,” she said.

She said that another way to confuse the public about the truth is to label something a conspiracy, such as the lab leak theory connected to the coronavirus.

“And yet when you hear people say ‘conspiracy theory,’ that’s designed to pluck this little part of your brain that says, well, that thing’s not true,” she said. “I always keep an open mind and say, that crazy thing that they say is a conspiracy theory may well have some truth in it.”

Attkisson believes the reason some people can be manipulated into believing the narrative put out by corporate media is that they live in “a box,” meaning the internet is their only source of information.

“And the people that want to control the information understand that if they can only control really a few basic sources—we’re talking about Google and Twitter and Facebook and Wikipedia—they’ve got a lock on information, because we’ve all been funneled to those few sources,” she said.

She said their goal is to make you believe you’re in the minority and make you afraid to raise objections to the narrative.

“You can be made to believe that, if you live in the box, so I’m constantly telling people, live outside the box,” she said.

“Yes, you can get information there and do what you do online. But certainly, trust your cognitive dissonance. Talk to the people around you.”