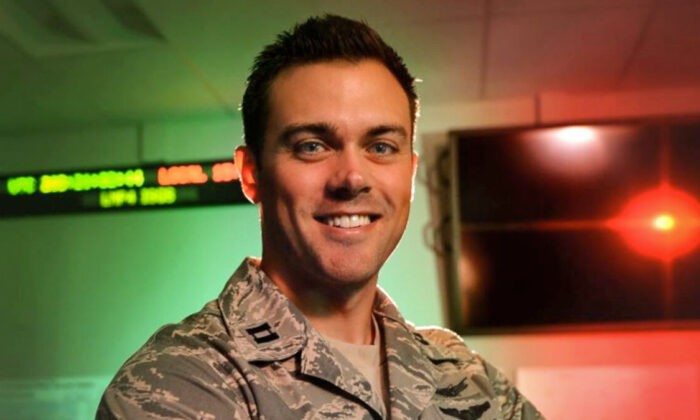 The Space Force officer who was removed from his command post for condemning Marxism and critical race theory is leaving the military.

Lt. Col. Matthew Lohmeier told The Epoch Times’ “American Thought Leaders” that his last day in the service will be Sept. 1.

“I wrote a letter to then-Acting Secretary of the Air Force explaining certain circumstances, which I don’t plan to make public, but also requesting an early retirement, and a separation honorably from the service,” he said. “And they’ve denied me an early retirement, but agreed that they would separate me. And so my family and I have decided that that’s the best course of action for us right now, given the circumstances.”

“I believe I’m able to continue serving my country outside of the service and out of uniform, perhaps in a better way than I was able to, given the circumstances, in uniform at the moment.”

"I spoke up & said we need to remove the politics from our military environment. And I was relieved of my command—for being politically partisan"

Lt Col @matthewlohmeier, author of “Irresistible Revolution," on #CriticalRaceTheory in the military

He’s received a slew of invitations to various events and conferences in recent months.

Lt. Gen. Stephen Whiting, Space Operations Command commander, relieved Lohmeier of his command of a squadron in May “due to loss of trust and confidence in his ability to lead,” the Space Force said at the time.

Whiting made the move because of remarks Lohmeier made on a podcast. He also ordered an investigation into whether the comments constituted prohibited partisan political activity.

Lohmeier published a book warning about the spread of Marxism and critical race theory in the military and was on the podcast promoting the book.

During the appearance, Lohmeier claimed that Defense Secretary Lloyd Austin was promoting “diversity, inclusion, and equity,” which he and others have said are “rooted in critical race theory, which is rooted in Marxism.”

Multiple members of Congress spoke out against what happened, including Sen. Jim Inhofe (R-Okla.), the top Republican on the Senate Armed Services Committee.

“Based on the information the committee has received so far and what’s been reported in the press, I am concerned,” Inhofe said at the time. “Members of our military should not only be able to speak out against Marxism, but they should be encouraged to do so—as long as they follow the rules and laws already in place. Marxism is an ideology that goes against everything this country stands for, and it belongs, as Ronald Reagan said famously, ‘on the ash-heap of history.'”

Lohmeier told The Epoch Times that neither his book nor the remarks were politically partisan.

“It’s not politically partisan to expose Marxist ideology where it exists and to talk about critical race theory; that should be something we’re unitedly standing against,” he said.

He also said he attempted before writing the book to utilize internal mechanisms that let service members lodge complaints, but to no avail.

The Space Force and the Air Force didn’t respond to requests for comment.