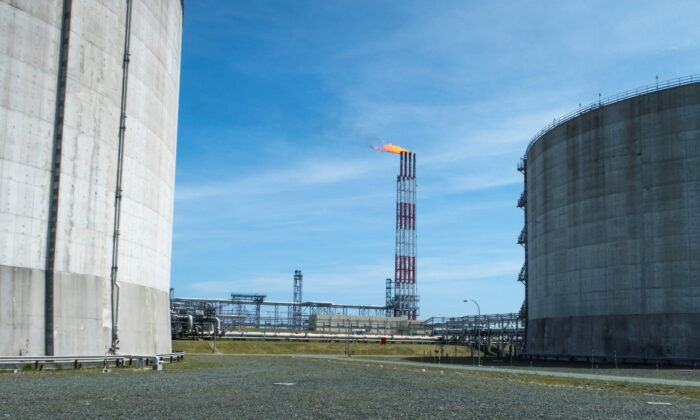 A March report from environmentalist group RePlanet is pushing for an immediate halt to imports of Russian oil, natural gas, and coal by European countries, arguing that major policy shifts could rapidly end that dependence.

While the European Union has pledged to phase out Russian fossil fuel imports by 2027, RePlanet campaigners are aiming to accelerate that timeline through various measures, including the reactivation of shuttered nuclear plants, the reduction of heating in buildings, the fast-tracking of new wind and solar energy, and outright prohibitions on certain forms of travel within Europe.

“We propose bans on all business flights, private jets and internal flights within Europe to save oil, and bans also on car use within cities. This should be combined with free public transport,” the report reads, noting that a quarter of European oil use would need to be slashed to compensate for the loss of Russian oil.

While the United States and other countries have already banned Russian oil imports, Europe’s greater dependence on Russian energy has hindered such moves by continental policymakers.

According to Bruegel, a Belgian think tank, the EU is also heavily dependent on Russia for both the thermal coal that generates electricity and the metallurgical coal employed in iron and steel production. With 70 percent of the EU’s imported thermal coal coming from Russia, between 20 and 30 percent of its metallurgical coal imports can be traced to that same country.

The EU has already launched an embargo on Russian coal.

In comments at the European Parliament on April 6, EU Council President Charles Michel said, “I think that measures on oil and even gas will also be needed sooner or later.”

On April 14, The New York Times drew on comments from anonymous diplomats and officials who said the EU was preparing an embargo on Russian oil products.

“We will need dramatic measures to reduce demand, implemented via some form of energy rationing to ensure the burden is shared fairly and does not disproportionately hurt poorer households and countries,” the report reads, later stating that the absence of a rationing system could allow prices to shoot upward and “undermine the consensus needed to underpin the war effort.”

“We may need a state of emergency declared, and an explicit political recognition that European economies are now on a war footing in terms of the rapidity of the energy transition,” the report reads, stating that “in some ways the speed of the change will resemble the Covid lockdowns, but with a different trajectory in the longer term.”

In a later section on medium- to long-term outcomes, the report states that “a war economy approach will need to be maintained” to bring in more solar and wind power, electrify heating and transport, and bolster or restart nuclear power.

The analysis first gained widespread attention through coverage in The Guardian, a left-leaning British publication. The lead author of the report, Mark Lynas, has written for The Guardian before.

In one recent article for that publication, he advocated for a ‘fossil freedom day’—in other words, a global exit date from the use of oil, natural gas, and coal.

“If we set it at 2150, as Saudi Arabia would no doubt immediately volunteer, we will be well on our way to turning Earth into Venus by then. I propose 2047,” Lynas wrote at the time.

Lynas also leads the pro-GMO group Alliance for Science and has served as a visiting fellow with the World Economic Forum.

In addition, after proposing bans on internal European flights and urban car use, the report notes that “the impacts of this are not easily quantified.”

“We believe this could double the reduction in oil use beyond that proposed by the IEA in its handbook ‘Saving Oil in a Hurry,’” the report reads.