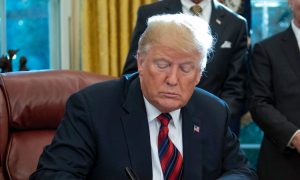 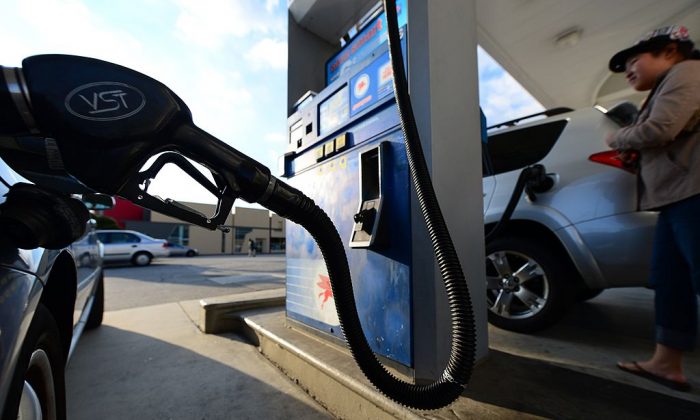 California lawmakers enacted the first gasoline tax in 1923 to create a fund for the development and maintenance of roads. But since then, state lawmakers have faced criticism for using the fund for other projects.

California’s overall infrastructure has received a C minus grade from the American Society of Civil Engineers (ASCE), and advocates are once again asking for a tax hike.

The report states that “budget issues and deferred maintenance are taking their toll on critical infrastructure systems” in the Golden State.

Each year, the ASCE added, Californians spend $61 billion for driving on deficient roads. But despite the 2017 passage of the Road and Repair Accountability Act, which will add an additional $52 billion to the road fund, the state is behind on maintenance.

As a matter of fact, ASCE estimates the state would need more than $130 billion over the same period to catch up. For that reason, the group urges the state to obtain more funds to properly “maintain sustainable and safe California infrastructure systems.”

In other words, to add to the available funding, which isn’t “adequate,” the organization urges lawmakers to establish long-term funding strategies “based on new and sustained revenue sources, including local and state revenue,” effectively recommending higher taxes.

A User Fee That Never Was

In an op-ed, William F. Shughart II, a professor of public choice at Utah State University, explained that the gas tax in California is meant to work as a user fee.

“The more miles people drive, the more gasoline they burn, and the more tax revenue flows into the fund,” he wrote.

However, as local drivers switching to electric and hybrid vehicles led to a decline in gas-tax revenue, many states started to charge electric car owners a special fee to compensate. Despite this move, states like California remain unable to keep their roads in shape.

“Motor-fuel taxes have been looking less and less like user fees in California and elsewhere because state legislatures (and the U.S. Congress) periodically raid highway trust funds to pay for unrelated programs,” Shughart wrote.

A great example of this, Shughart explained, was Gov. Arnold Schwarzenegger’s decision to use $637 million from the public transportation account on unrelated programs, prompting legislators to create the Mass Transportation Fund.

“From 2007 to 2010, $1.3 billion in transportation funds was spent not to build or repair state roads but to finance other programs that were apparently more politically rewarding than fixing bridges and filling potholes,” he wrote.

This prompted legislators to tie a bill that increased gas taxes to Prop 69, which would reportedly “lock” transportation money from lawmakers wanting to spend it on unrelated programs. But while Prop 69 passed in 2018, evidence suggests county and city officials are still planning to spend the additional money elsewhere.

In early April, Tuolumne County officials told the California Transportation Commission they would spend $2.2 million alone on buildings located at the work yards for county road crews, replacing decaying structures for new ones. While this project might be related, it certainly doesn’t focus on road maintenance alone. And in Oakland, a city that is struggling financially, officials are also using their gas tax revenues for something else.

According to the San Francisco Chronicle, the city is using $2.9 million from fuel tax revenues to keep the city’s lights on. While the money is meant to fix roads, Oakland Mayor Libby Schaaf admitted the city is broke, despite the “cranes [rising] across the skyline and Oakland’s revenues [growing] at a steady rate due to the strong real estate market.”

In an email to The Epoch Times, Lawrence J. McQuillan, senior fellow and director at the Center on Entrepreneurial Innovation, explained that the bill was never meant to protect revenue meant for roads, as it doesn’t cover previous gas taxes and funds. This would obviously leave any money that’s been already collected free to be used for projects such as high-speed rail.

McQuillan then pointed to research from the Howard Jarvis Taxpayers Association regarding Prop 69, explaining that the law only “exempts … new gas and car tax revenue from applying against the Gann Spending Limit. The more taxes we exempt out of the limit, the more worthless it becomes as a method to control spending.”

In other words, Prop 69 simply raises the cap on general fund spending to the tune of $2 billion each year, pushing the state’s spending limits to “levels that otherwise could not be reached.”

Furthermore, Prop 69 doesn’t “lock” the revenue against any general obligation transportation bonds that might be approved by voters in the future, as they may be paid by the funds generated by the car tax. This means that voters may have thought the money was going to repair roads, but in the end, fuel tax funds can be used even for paying off bond debt.

“While high-speed rail is ‘a transportation project,’” McQuillan said, “it is not ‘fixing our highways and bridges,’ which is what voters probably thought the new tax money would be used for.”

As the Howard Jarvis Taxpayers Association explained, $1 billion from truck weight fees are being diverted every year to pay off bond debt in California and to the state’s general fund. Some wonder if California officials will do the same with the gas tax.

“The bottomline is that 69 doesn’t really stop the diversion of money away from fixing roads and bridges, as long as the diversion is a ‘transportation project,’” McQuillan concluded. “So high-speed rail, bike paths, vista overlooks, highway rest areas, etc, etc, pork still allowed.”

While Prop 69 passed thanks to California voters, these same Californians must still pay the cost of the increasing cost of gas, as well as any new tax hike.