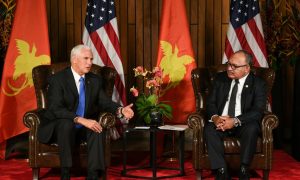 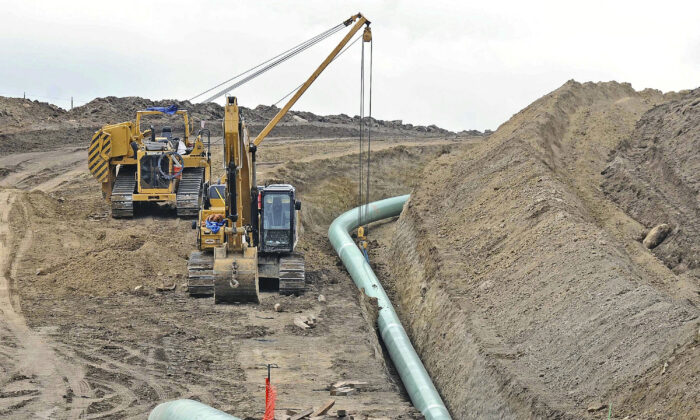 Deputy Secretary of Energy Mark Menezes signed an export authorization Thursday for the $38 billion Alaska LNG Project, which will see stranded Alaskan liquefied natural gas (LNG) exported to non-free-trade-agreement countries across the Pacific. The project is expected to create up to 10,000 jobs during the design and construction phase and as many as 1,000 permanent jobs foreseen for maintenance and operation.

The heart of the project is an 800-mile pipeline that will be constructed to transport natural gas from gas fields on the North Slope of Alaska to a liquefaction facility and export terminal at Nikiski on the Kenai Peninsula, some three hours southwest of Anchorage. The Federal Energy Regulatory Commission (FERC) authorized the location, construction, and operation of the Nikiski liquefaction terminal in May, along with the associated pipeline.

The pipeline will include multiple off-take points for in-state residential and commercial natural gas use, which proponents say will be of considerable benefit for Alaskan householders and industry. In terms of planning and permitting, it is the largest energy infrastructure project in the United States. All federal authorizations are expected to be approved by the end of 2020.

“I am proud to sign this export authorization that allows a path for the otherwise stranded gas resources on the North Slope of Alaska to be made available both to the people of Alaska and to the export market,” said Deputy Secretary Menezes in a statement. “Major infrastructure investments like the Alaska LNG Project will bring long-term benefits to Alaskans, the United States, and to importing nations.”

I am proud to sign this export authorization, which provides a path for otherwise stranded gas resources on the North Slope of Alaska to be made available to the people of Alaska and brought to the global export market. pic.twitter.com/pbUTuyHnkS

The liquefaction facility and export terminal can export up to 2.55 billion cubic feet per day of natural gas, according to the terms specified in the Department of Energy’s (DOE) authorization.

The exports are approved for a 30-year term to any country the United States does not have a free trade agreement (FTA) with as long as such trade does not violate U.S. law or policy.

The 42-inch diameter pipeline will have a maximum capacity of 3.3 billion cubic feet of gas per day, and the majority of the pipeline will be buried underground, according to Alaska LNG.

“After the Federal Energy Regulatory Commission approved the project earlier this year, all the pieces of the federal permitting puzzle are coming into place,” said Sen. Lisa Murkowski (R-Alaska) in a statement. “Even when markets are unstable and times are tough, permitting progress on what could be one of the largest projects in the world is encouraging.”

“This is another milestone for the Alaska LNG project that offers great potential for the long-term economic future of our state,” said Sen. Dan Sullivan (R-Alaska). “We are also one step closer to unleashing North Slope natural gas—for the benefit of all Alaskans, our nation’s energy security, and that of our critical allies in the Asia-Pacific.”

Rep. Don Young (R-Alaska) said that “Pursuing new energy sources requires a clear assessment of the safety of any project, both for the environment and for our communities. Today’s authorization by the DOE is a critical step toward responsibly exporting LNG to help power America and to provide good-paying jobs right here in Alaska.”

The FERC’s decision to authorize the project was opposed by FERC Commissioner Richard Glick, who dissented from the authorization order. Glick claimed that the order violated both the Natural Gas Act and the National Environmental Policy Act (NEPA).

“The Commission finds that the Project will have a significant and adverse effect on several endangered species, the Central Arctic Herd of caribou, permafrost, forest, and air quality for certain nationally designated areas,” Glick said in statement on May 21. “Although the Commission discloses these adverse impacts, at no point does it explain how it considered them in making its public interest determination or why it finds that the Project satisfies the public interest standard notwithstanding those substantial impacts.”