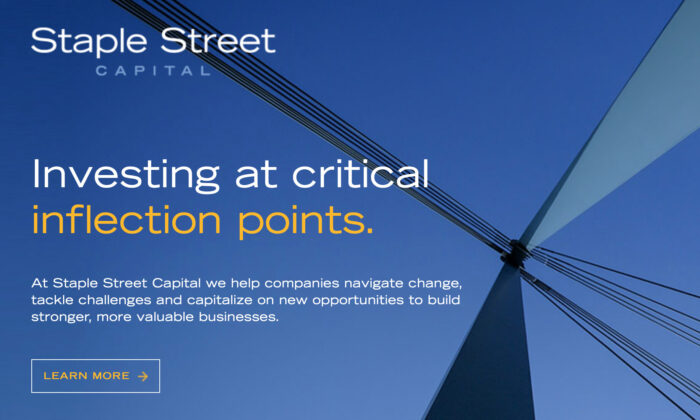 A filing with the U.S. Securities and Exchange Commission (SEC) shows that UBS Securities LLC arranged a private placement of $400 million with Staple Street Capital III, L.P. on October 8, 2020.

The securities firm that arranged the transaction, UBS Securities LLC, is a division of UBS Americas Inc, which ultimately falls under UBS Group AG, a company listed on the SIX Swiss stock exchange.

Three of four board members of UBS Securities LLC are Chinese according to Bloomberg, at least one of whom appears to reside in Hong Kong.

Dominion is facing multiple allegations for violating security standards and election manipulation, and it has denied those allegations.

“The company has no ownership ties whatsoever to USB [sic], or the governments of China, Cuba, or Venezuela,” the latest statement updated on Dec. 3 on Dominion website states.

Staple Street Capital made significant changes to its website recently. Information about Team, Executive Board, and Portfolio have all been deleted.

Neither Dominion nor Staple Street Capital has responded to a request for comment from The Epoch Times.

UBS says it was one of the “first international banks to have a local presence” in China in the 1990s. In 2012, it formed the current company UBS Securities Co. Limited, which it says is the “first foreign-invested fully-licensed securities firm in China.”

UBS reported that the decision made by China’s Office of the Financial Stability and Development Committee and the State Administration of Foreign Exchange was made in July 2019.

Updated to include UBS’ experience in China on Dec. 5.