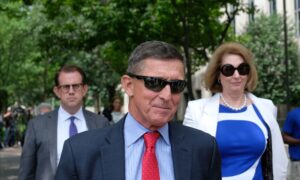 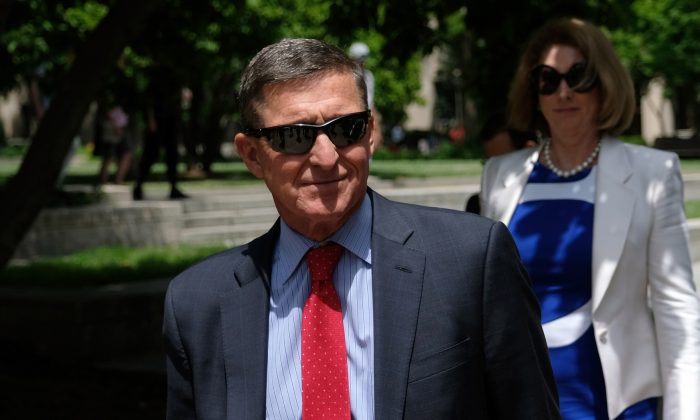 The Department of Justice (DOJ) has reiterated it’s request for a federal judge to dismiss the case against former Trump adviser Lt. Gen. Michael Flynn.

In his latest move, the district judge, Emmet Sullivan, ordered the government to certify to him that the documents the DOJ has relied on to dismiss the case were genuine. The DOJ provided the certifications on Oct. 27.

“The government respectfully submits this response, and declares under penalty of perjury that the Government Exhibits and Discovery Documents are true and correct, are correctly identified, and have been faithfully transcribed. … the government respectfully submits that the Court should immediately grant the unopposed motion to dismiss the criminal information with prejudice,” the DOJ stated in its court filing (pdf).

The judge asked for the certifications after he found out several pages of handwritten notes the government filed previously were furnished with dates that weren’t part of the original documents. The DOJ said the dates were on sticky notes that were inadvertently left on when the documents were scanned.

“The government has fully admitted its administrative error with respect to the failure to remove three reviewer sticky notes containing estimated date notations affixed to three pages of undated notes,” the DOJ said.

Flynn used to run the Defense Intelligence Agency in the Obama administration before becoming, for a short while, national security adviser to President Donald Trump.

He pleaded guilty to lying during a 2017 FBI interview, but later moved to withdraw his plea. He said he had accepted the plea deal because prosecutors were threatening his son with charges and his former lawyers hadn’t represented him effectively.

The DOJ dropped the case in May after an internal review revealed documents indicating the FBI was trying to catch Flynn in a lie.

Sullivan has refused so far to accept the case dismissal and instead appointed a former federal judge to formulate a legal justification for rejecting the dismissal.

Flynn’s lawyers have argued that the judge has become too personally involved in the case’s outcome and should be disqualified.

While the case remains open, the DOJ has kept providing Flynn with relevant documents and information. Last month, the defense was given a report from an FBI interview with the former Flynn case agent William Barnett, who said the prosecution of Flynn was being used as a means to “get Trump.”

Flynn was targeted as part of the troubled Crossfire Hurricane investigation, which resulted in illegal spying on former Trump campaign aide Carter Page.

The probe was intended, but failed, to uncover collusion between the Trump campaign and Russia to sway the 2016 election. Russian intelligence intercepted in 2016 said that the collusion narrative was spread by the campaign of Trump’s opponent, former Secretary of State Hillary Clinton.

The probe was taken over in 2017 by a special counsel, former FBI Director Robert Mueller.

Barnett said the lawyers Mueller put on his team, most of them Democrats, approached the probe with the conviction that there was “something criminal there” and competed to uncover it because they wanted to be part of something “big.”

He said it seemed like there was always someone claiming to have a lead that would prove collusion only for it to turn out to be a dead end.