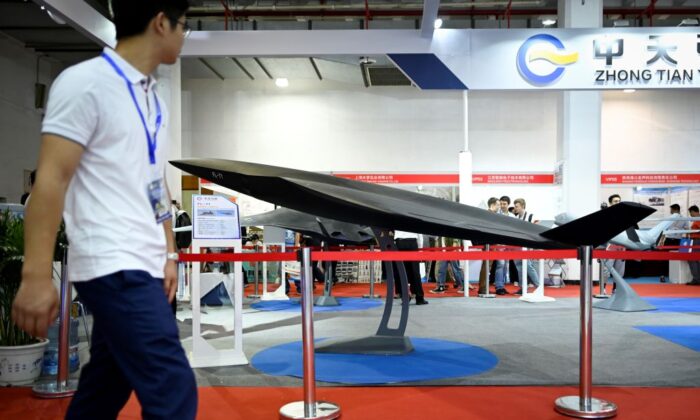 A model of an FL-71 drone is seen on display at the Chinese Defense Information Equipment and Technology exhibition in Beijing on June 18, 2019. (Wang Zhao/AFP via Getty Images)
China-US News

DOJ Takes Action Against Researchers in Connection With Their China Work

An American former professor was sentenced for concealing his participation in a Chinese state-run recruitment program, while a Chinese researcher pleaded guilty to stealing trade secrets from her employer in order to benefit China.

The U.S. Department of Justice (DOJ) announced details of two separate cases on July 30. Dr. James Patrick Lewis, a former West Virginia University (WVU) professor, was sentenced to three months in prison for federal program fraud, while Chen Li pleaded guilty to stealing trade secrets from the Nationwide Children’s Hospital Research Institute in Ohio, for the benefit of herself and the Chinese communist regime. According to the DOJ, she applied to multiple Chinese state-run talent plans.

For years, China’s central authorities and regional governments have rolled out talent recruitment programs, targeting promising overseas Chinese and foreigners in science and technology fields. Together, their efforts are aimed at allowing Beijing to make leapfrog progress in tech innovations, with the goal of overtaking the United States to become a high-tech powerhouse.

The Thousand Talents Plan (TTP) has especially come under close scrutiny from U.S. officials in recent years, with several U.S.-based researchers being charged in the past year in connection with their participation. Rolled out by Beijing in 2008, TTP has recruited over 7,000 scientists and researchers from around the world as of 2017, according to a 2019 Senate report.

Lewis, 54, a tenured physics professor at WVU from 2006 to August 2019, pleaded guilty to federal program fraud in March. Aside from his prison sentence, he was also fined $9,363 for the cost of his incarceration and ordered to pay $20,189 in restitution to WVU.

According to prosecutors, Lewis signed an employment contract under TTP with China’s state-run Chinese Academy of Sciences in July 2017 to become an academy professor. In return, Lewis needed to maintain an active research program in China, produce high-quality, peer-reviewed scientific papers, and provide training to academy students.

With the intention of going to China to fulfill his work requirement under the contract, Lewis made fraudulent remarks to WVU in March 2018, saying he needed to be released of his teaching duties for the fall 2018 semester so he could become a primary caregiver for a child he and his wife were expecting three months later.

WVU granted his request and Lewis ended up spending all but three weeks of the fall 2018 semester in China. During this time period, he continued to receive his full salary from WVU based on his parental work assignment, obtaining fraudulently $20,189 from the university, according to the DOJ.

Both Chen and Zhou, 50, have been charged with conspiring to steal at least five trade secrets related to exosome research from their employer, according to the DOJ.

Exosomes are extracellular structures that can help cells communicate with each other, and are used to treat certain medical conditions. Recently, researchers in Taiwan successfully cultivated exosomes for regeneration therapy, according to the Central News Agency.

Chen and Zhou were arrested in California in July 2019 and charged with stealing trade secrets and committing wire fraud. On July 30, Chen pleaded guilty to these charges.

“Chen betrayed her employer of 10 years by stealing trade secrets from this American institution and transferring them to China after receiving payments from the Chinese government,” said U.S. Attorney David M. DeVillers in a DOJ press release.

According to the DOJ, Chen admitted to starting a company in China, selling exosome “isolation kits” based on one of the trade secrets. Chen and Zhou established the Chinese company in 2015 without the hospital’s knowledge.

Additionally, she received benefits from Chinese government agencies including the State Administration of Foreign Expert Affairs and National Natural Science Foundation of China. Prosecutors did not specify what those benefits were.

Prosecutors allege that Zhou and Chen co-founded GenExosome, which sold a product that was developed from a trade secret at a Nationwide Children’s research lab.

In August 2019, about a month after he was indicted, Zhou was fired from the company.