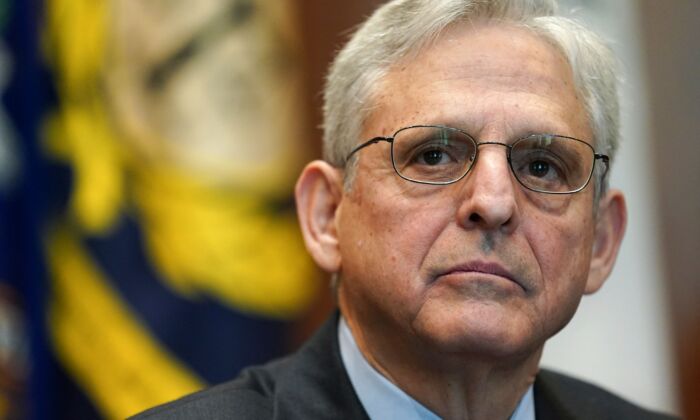 The U.S. Department of Justice (DOJ) is withholding records related to high-profile investigations, including the probe into President Joe Biden’s son, according to a new lawsuit.

Protect the Public’s Trust, a watchdog group, is seeking records seeking ethics waivers and determinations on allowing potentially conflicted employees to work on cases, but has been stymied.

The group submitted a Freedom of Information Act (FOIA) records request on June 1, 2021, but didn’t receive a response for more than a year, according to the suit.

After inquiring about the status of the request on June 10, the watchdog received an acknowledgment that had been sent to the wrong email address. But the records still haven’t been sent, nor have key determinations about which records will be provided, which violates federal law.

Based on the DOJ’s recent email, “it appears that the Department has no intention of responding to Plaintiff’s request anytime soon,” Protect the Public’s Trust said in the filing in federal court in Washington. “Given these facts, it appears that absent litigation the Department has not and does not intend to meet its statutory obligations to provide the requested records.”

The documents would help shed light on potential conflicts of interest, including whether Joe Biden-appointee Nicholas McQuaid, a top DOJ official, is at all involved with the investigation into Biden’s son, Hunter Biden, according to the watchdog.

McQuaid’s former colleague is representing Hunter Biden, who has said that he’s under investigation for tax-related issues. Documents obtained by The Epoch Times indicate that the probe touches on Hunter Biden’s business dealings with China.

Susan Hennessey was hired in 2021 from CNN to be a lawyer at the DOJ. Before she was hired, she described the investigation from special counsel John Durham, which has uncovered more details about the effort to spy on then-presidential candidate Donald Trump and his associates in 2016, as “partisan silliness.”

“Have these officials been granted waivers to participate in these matters, which would likely fall into their portfolios?” Protect the Public’s Trust said in a statement. “By its refusal to properly respond to this FOIA request, as required by law, DOJ is hiding this information from the American public.”

The DOJ didn’t respond to a request for comment but has said that it doesn’t comment on pending lawsuits.

“Transparency in government operations is a priority of this Administration and this Department. We stand ready to work with each of you to make real the Freedom of Information Act’s promise of a government that is open and accountable to the American people,” he said at the time.