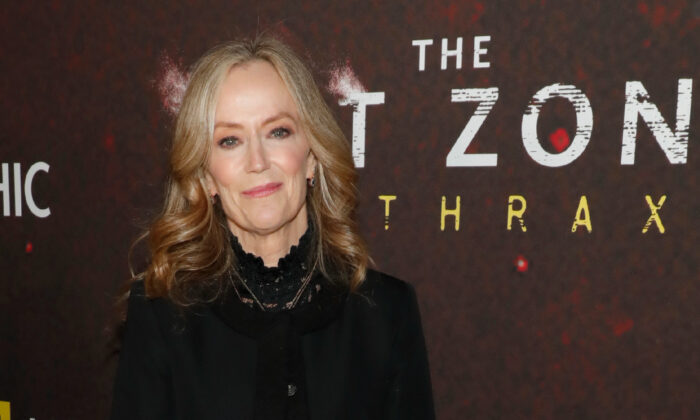 Executives and producers at the Walt Disney Company said during a recent internal meeting that there will be a renewed effort to make leading characters in films and shows gay or transgender, with one talking about how she has been working to enact a “not-at-all-secret gay agenda” in several programs.

Karey Burke, president of Disney General Entertainment Content, said during the meeting that she is the mother of two “queer children,” including one who identifies as a different gender than the one they were born.

Burke said Disney has already been home to “incredible, groundbreaking LGBTQIA stories over the years” but during a recent open company forum, a different executive lamented that there have only been “a handful of queer leads.”

The introduction of a bill in Florida of a law that bans discussing “sexual orientation or gender identity” in kindergarten through third grade—Gov. Ron DeSantis signed the legislation on March 28—and the resulting pushback from some Disney workers, served as a wake-up call, Burke said.

“We have many, many, many LGBTQIA characters in our stories, and yet we don’t have enough leads, and narratives in which gay characters just get to be characters, and not have to be about gay stories. That’s been very eye-opening for me and I can tell you it’s something that I feel perhaps had this moment not happened, I as a leader, and me [and] my colleagues, would not have focused on,” she told colleagues and other Disney employees. “Going forward, I certainly will be more so, I know that we will be, and I hope this is a moment where …. we just don’t allow each other to go backwards.”

The video and several other clips from the meeting were obtained and posted online by Christopher Rufo, a filmmaker and senior fellow at the Manhattan Institute.

“I’ve spoken with a number of Disney employees who say the company has totally gone off the rails. From critical race theory to gender ideology, executives are pushing extreme left-wing activism in every facet of the company, from erasing the words ‘boys’ and ‘girls’ from its theme parks to tracking ‘canonical trans characters’ in its children’s programs,” Rufo told The Epoch Times via email.

Disney, which did not respond to a request for comment, on March 11 spoke out against the Parental Rights in Education Bill, using the name promoted by its critics.

Disney CEO Bob Chapek told all workers at the time that he had heard from employees about their “pain, frustration, and sadness” over Disney’s response to the bill, adding that the legislation constituted a “challenge to basic human rights.”

“You needed me to be a stronger ally in the fight for equal rights and I let you down. I am sorry,” Chapek wrote. He said Disney would immediately increase support for advocacy groups opposing similar legislation in other states and that he would be “an outspoken champion for the protections, visibility, and opportunity” that the LGBTQ+ community deserves.

In a statement after DeSantis signed the legislation, Disney stated its goal for the law to be repealed or struck down in courts.

Before signing the bill, DeSantis decried what he described as classroom materials for young children containing content about “sexuality and woke gender ideology,” which he said was inappropriate for young children and something parents don’t want taught.

In Florida, officials found at least six school districts with troublesome policies, including a district that let students transition to a different gender without getting consent from a student’s parents.

On Tuesday, DeSantis said Disney’s statement about its company’s goal “crossed the line,” adding: “This state is governed by the interests of the people of the state of Florida. It is not based on the demands of California corporate executives. They do not run this state. They do not control this state.”

Christina Pushaw, press secretary for DeSantis, told The Epoch Times in an email that Disney built a brand as a family-friendly company, calling it “a tremendous mistake to throw that away in order to advocate for sex and gender ideology in grades K-3.”

Other videos released by Rufo showed Disney’s diversity and inclusion manager Vivian Ware describing how the company changed all of their greetings at its theme parks, shifting from “ladies and gentleman, boys and girls” to “hello, everyone” or “hello, friends.”

“We want to create that magical moment with our cast members, with our casts, and we don’t want to assume that because someone might be, in our interpretation, may be presenting as female, that they may not want to be called princess,” Ware said.

The team has been “really open to exploring queer stories” but there is an increasing realization that primary characters should be transgender, asexual, or bisexual to better explore those aspects, March said.

Another clip featured Latoya Raveneau, an executive producer working on The Proud Family and Eureka!, saying she’d heard before joining Disney that the company discouraged portraying gay and transgender characters, but after being hired, found that wasn’t the case.

Disney leadership and showrunners have “been so welcoming to my not-at-all-secret gay agenda,” she said.

“I felt like maybe it was that way in the past but I guess something must have happened—they’re turning it around, they’re going hard,” Raveneau said, adding that she was “just, wherever I could, adding queerness” and “no one would stop me, no one was trying to stop me.”

James Lindsay, founder of New Discourses, told The Epoch Times in a Twitter message that the videos expose an ideology called queer theory, which has been described as being aimed at ensuring people’s identities are never stable.

“Queer Theory isn’t support for LGBT, and it is something you have to be groomed into,” he said. “It is a Marxist approach to sex, gender, sexuality, and health that sees ‘normal’ as bourgeois property that must be abolished.”