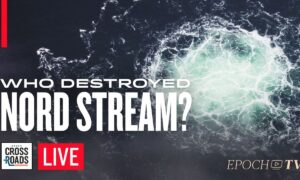 Democrats Backpedal on Voting by Mail

After initially singing the praises of voting by mail in the Nov. 3 elections, some Democratic Party leaders are reluctantly backing away from the idea as enthusiasm for that method of voting fades.

Pennsylvania’s Democratic Lt. Gov. John Fetterman blames Republicans for the declining interest in voting by mail, accusing them of exaggerating problems associated with sending ballots through the mail.

President Donald Trump, a Republican, has been especially vocal in his criticism of voting by mail, asserting that it’s not secure and that ballots often get misdirected or fail to be delivered.

Some observers are concerned about whether a government agency, the U.S. Postal Service, long-criticized for its lack of efficiency, can handle an unprecedented onslaught of mail-in-ballots.

In addition, experts say voting-by-mail is fraught with problems. That method of voting gives wrongdoers greater opportunities for fraud compared to in-person balloting, they say.

Reports of widespread problems with voting by mail may be forcing Democrats to change their tune.

In the 2020 primaries, in excess of 550,000 mail-in and absentee ballots were disqualified, much more than four years ago, The Atlantic reports. “The problem is especially severe in some swing states. More than 23,000 mailed ballots were rejected in the presidential primaries in Wisconsin—more than Donald Trump’s margin of victory in that state in 2016. Deep-blue districts have had the same problem: New York City alone threw out more than 84,000 ballots this primary season.”

Now party officials, mostly Democrats, are reportedly worried that too many people will vote on Election Day and overwhelm the systems in place, leading to unsafe crowding in the pandemic era and long lines.

“I’m getting people saying, ‘Screw it. I don’t want to vote by mail anymore. I want to do it in person.’ That’s what [Republicans] want,” Fetterman told The Intercept.

“It’s truly diabolical. And I choose that word very deliberately. It’s diabolical. They know that you’ve got to bring everything: your ballot, the envelope, everything. If you don’t, you can’t vote. And most people don’t know that you can demand a provisional ballot. And if you do, that’s going to blow up the lines and create chaos.”

Quentin James, founder and president of the Collective PAC, told The New York Times that the GOP is trying to suppress voter turnout.

“They’re afraid of the almost 5 million African-Americans who didn’t vote in 2016 coming out and voting.”

His group reportedly intends to spend $7 million in large cities in battleground states to get out the black vote, focusing on in-person voting.

Interest in voting by mail has been sliding in recent months.

A Pew Research poll in springtime found “broad bipartisan support for voting by mail with almost 3 out of 4 Americans favoring universal access to absentee ballots,” according to NPR.

An NPR/PBS NewsHour/Marist poll released Sept. 18 found that among registered voters, 35 percent say they will vote by mail or absentee, down from 50 percent in May. Broken down by party affiliation, that’s 50 percent of Democrats, 25 percent of Republicans, and 32 percent of independents. These figures are lower than in May, when 11 percent more Democrats said they would vote by mail or absentee. In May, the figures were 17 percent higher among Republicans, and 32 percent higher among Independents.