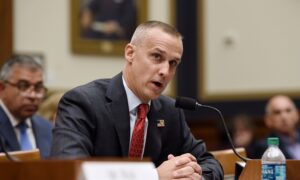 In CPAC Speech, Trump to Reaffirm He Does Not Want a Third Political Party
0
Share Now
TelegramFacebookTweetEmailTellMeWeReddit
Copy Link 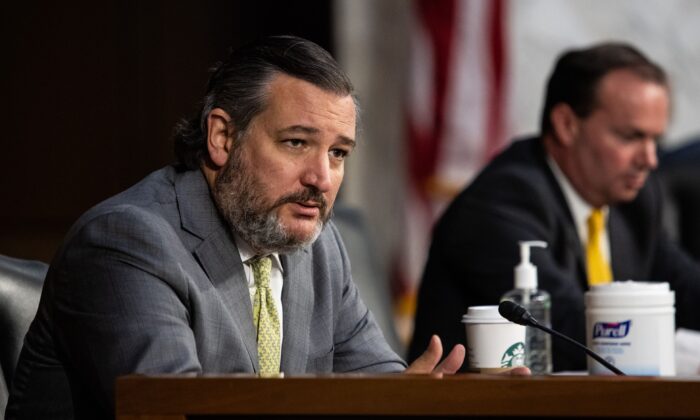 “I’ll release my hold when the Biden admin meets its legal obligation to report and sanction the ships and companies building Putin’s pipeline. Follow the law. Stop being soft on Russia. #NordStream2,” Cruz said on Twitter on March 5.

The move will temporarily delay the floor vote to confirm Burns, a former ambassador to Russia, as the Republican seeks to pressure the Biden administration to sanction ships and companies helping Russia’s state energy company Gazprom build the $11 billion pipeline to take gas under the Baltic Sea to Europe via Germany.

Former President Donald Trump opposed the project on the grounds that it would strengthen Russian President Vladimir Putin’s economic and political influence over Europe. Poland has been one of the fiercest critics of the pipeline, which would sharply reduce central and Eastern European countries’ bargaining power in case of a supply dispute with Russia, which has in the past cut deliveries of the fuel to Ukraine and parts of Europe in winter during pricing disputes.

Many EU officials in Brussels have also expressed opposition to the project, hoping to reduce the bloc’s energy dependence on Russia.

President Joe Biden has also opposed the project, which would bypass Ukraine and deprive it of lucrative transit fees, since he was vice president under former President Barack Obama. The White House said in January that the president believes the pipeline is a “bad deal for Europe.”

The pipeline, which is more than 90 percent complete, would double the capacity of the existing Nord Stream duct to deliver gas from Russia to Europe via Germany under the Baltic Sea. It’s expected to be completed by this year.

A Feb. 19 report released by the State Department didn’t outline any new sanctions on Russia, which has prompted pushback from lawmakers. Responding to the report, Cruz said that it was “startling to see the Biden administration begin by handing Putin a victory he has been building towards for over a decade.”

The State Department is scheduled to submit a second report on the pipeline project to Congress on May 16, which could contain more sanctions, although spokesman Ned Price has said sanctions are only “one of many tools” that can be used.

Burns has been confirmed by the Senate for five previous jobs over 33 years and is expected to eventually be approved by the full Senate.