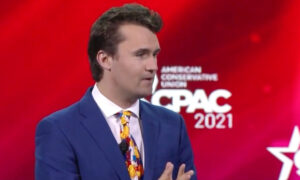 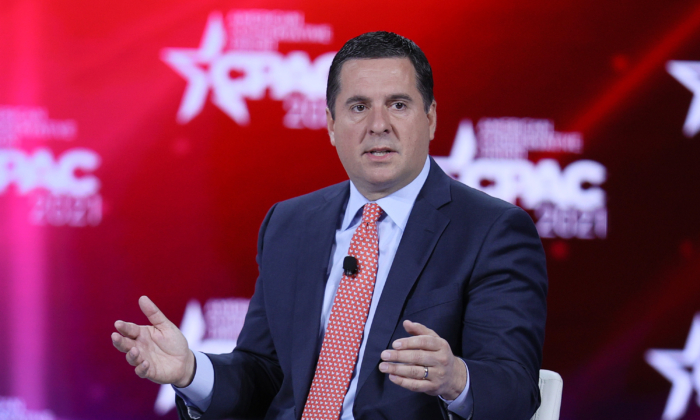 Nunes compared the bill to the stimulus bill approved early during President Barack Obama’s first term at the White House, claiming that much of the money went to buy votes in blue states and fund Democrats’ projects.

“It’s a slush fund. These guys are very predictable. They ran this play call before. People may forget, but when Obama was first elected back in 2009, what did they say? ‘We have to have a stimulus bill or the whole economy is going to collapse.’ And so they passed an $800 billion bill,” Nunes said at the Conservative Political Action Conference.

“That money was in use over the next four years to buy votes, to get to their buddies. I guarantee you most of that money did not end up in red states or Republican districts. It went to things like—this is another California special—high-speed rail,” Nunes added.

The House of Representatives in the early hours of Saturday passed a $1.9 trillion relief package that closely resembles President Joe Biden’s American Rescue Plan. It now moves to the Senate for another vote.

Republicans argue that only 9 percent of the funding in the package is allocated toward battling the pandemic of the CCP (Chinese Communist Party) virus. The package also includes top items from the progressive wishlist: a federal $15 minimum wage mandate, the first expansion of Obamacare in a decade, and a refundable child tax credit which amounts to the biggest means-based welfare program since the passage of the Affordable Care Act.

Nunes pointed out that part of the Democrats’ relief package includes funds to build a tunnel from Silicon Valley to San Francisco.

“These tech oligarchs are the last people that need anybody’s money and they don’t need a tunnel from Silicon Valley to San Francisco,” Nunes said.

The package also includes $1,400 direct payments to most Americans and a $20 billion national plan to vaccinate against the CCP virus, commonly known as the novel coronavirus.

The Congressional Budget Office has estimated that the $15 minimum wage mandate would result in the loss of 1.3 million jobs. The minimum wage provision may not survive the rest of the budget reconciliation process after the Senate parliamentarian ruled on Thursday that the mandate is not eligible for the reconciliation.

But House Democrats chose to keep the provision in the bill.

“It is inevitable to all of us, the $15 minimum wage will be achieved,” House Speaker Nancy Pelosi (D-Calif.) said on the House floor before midnight on Friday.

She said of the wage hike, “Even if it is inconceivable to some, it is inevitable to us—and we will work diligently to shorten the distance between the inevitable and the inconceivable.”