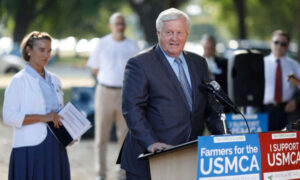 'History Will Show This to Be a Mistake': Democrat Votes Against Both Articles of Impeachment
0
Share Now
TelegramFacebookTweetEmailTellMeWeReddit
Copy Link 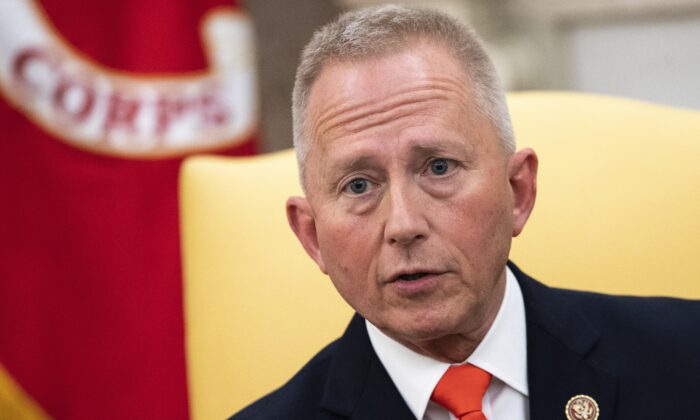 Rep. Jeff Van Drew (R-N.J.), who switched from being a Democrat on Dec. 19, said while explaining his change that “socialism, in my opinion, has no place in the United States of America.

“I’m a capitalist. Socialism, in my opinion, has no place in the United States of America. And I think everyone should know that,” Van Drew said, adding that America “is the greatest country on the face of the Earth.”

“I believe that this country can afford people opportunity and give them that opportunity so that they can succeed. And we all should know that as well,” he said, before criticizing the far-left Green New Deal proposal.

“I believe the New Green Deal is something that we should never, ever even think about doing. I don’t even know how anybody could bring that up.

“We can have a strong and good environment and we can have a good economy at the same time. And that’s something that I think Republicanism represents,” he asserted, adding that the GOP seems to represent lower taxes, balancing the budget, and honoring police officers, veterans, and firefighters.

Van Drew said he was a moderate Democrat but that the Democratic Party of today has moved left, leaving lawmakers like him behind.

“I believe that this is just a better fit for me. This is who I am. It’s who I always was, but there was more tolerance of moderate Democrats, of blue-dog Democrats, of conservative Democrats. And I think that’s going away,” he said.

“One of my heroes—and he’s always hung in my office; I have a bipartisan wall that has a lot of different people on there—Ronald Reagan. And when he said, ‘I didn’t leave my party. My party left me.’ And I’m saying the same thing.”

Van Drew recounted how about two weeks ago, he met with  a local county chairman in the Democratic Party, who told him: “I want to tell you that you can’t vote against impeachment.”

“You will not get the county. I will do everything to prevent that from happening, and everything to destroy you,” the chairman, who was not named, allegedly said.

“And it kind of hurt because, for years, I have given everything that I could to my people and my district,” he continued. “And that kind of hurt, and it kind of made me think a little bit: Is this what I really want to do? Because there were other times in my life, when I thought about this. I thought about it when I did legislation. And, actually, it was in the state senate.”

He also said that there were two bills he passed while he was a state lawmaker; one to let any building have “In God We Trust” on the wall and one that let people fly the American flag wherever people want, “as long as it was respectful.”

“And I thought these were wonderful bills. I mean, I thought everybody was going to be, ‘This is just a great thing.’ And I had some very progressive—and not all Democrats—but these were really progressive Democrats that came to me and said, ‘We’re really disgusted with you.’ And I said, ‘Why?’

“‘Making such a big deal about the flag. The flag is just not that big a deal,'” Van Drew said. “‘And you shouldn’t even mention His name.’ And I was shocked. I was shocked. We put them up anyhow, and we did want we wanted to do.”