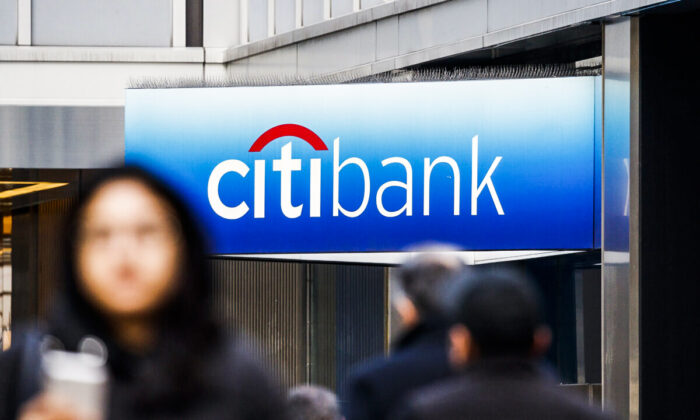 “We believe that by advancing our commitments to help close the racial wealth gap in the United States, we can have a meaningful impact on our colleagues, clients, and the communities we serve,” the bank said in a statement. “Measurement and transparency are important components of the work we are doing to advance diversity, equity, and inclusion, both at our bank and through our contributions to our communities and society more generally.”

Diversity, equity, and inclusion training and jargon are closely associated with critical race theory, according to Legal Insurrection’s Criticalrace.org, which tracks critical race theory and the related “anti-racist” movement at schools across the United States. Critical race theory is an offshoot of the Marxist critical theory school of thought that first emerged in Germany in the early 20th century.

Some school districts have carried out “equity audits” to review data on race, which entails the hiring of so-called diversity and inclusion consultants to ensure a focus on race, according to Criticalrace.org

Citibank in September 2020 announced that it would conduct an “Action for Racial Equality” (ARE) in the wake of riots, protests, and calls to “defund the police” last summer following the death of George Floyd.

That program, according to the Wall Street bank’s statement, is meant “to (1) provide greater access to banking and credit in communities of color, (2) increase investment in Black-owned businesses, (3) expand affordable housing and homeownership among Black Americans, and (4) advance anti-racist practices in our company and the financial services industry.”

It isn’t clear if any other banks will follow suit. Global asset management firm BlackRock previously said it plans to conduct a “racial equity audit” next year.

The audit will be performed by lawyers at Covington & Burling LLP, “who have civil rights expertise and experience leading racial equity audits across various industries,” according to Citibank.

Meanwhile, the audit “will include input from a range of stakeholders, including colleagues involved in implementing ARE as well as civil rights organizations that we anticipate will share the views of the customers and communities ARE is designed to support. We look forward to releasing the results from the audit once it is completed,” the bank added.

Earlier this year, members of the House debated a bill from Rep. Joyce Beatty (D-Ohio) that would mandate financial companies to carry out racial audits every two years.