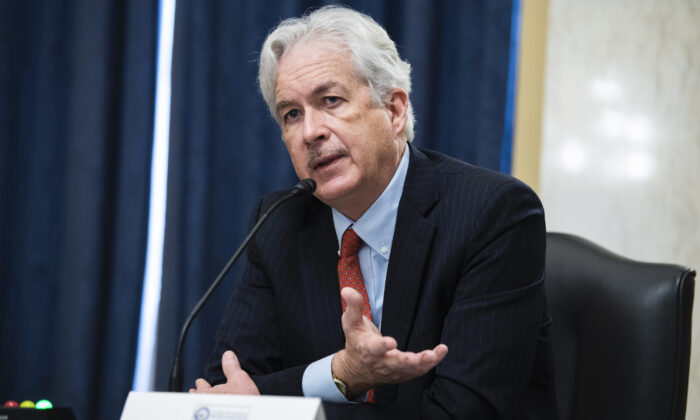 The China Mission Center aims to address “the global challenge posed by the People’s Republic of China,” CIA Director William Burns said on Oct. 7, stating that such a challenge “cuts across all of the Agency’s mission areas.”

The new working group will “further strengthen our collective work on the most important geopolitical threat we face in the 21st century, an increasingly adversarial Chinese government,” Burns said in a statement, stressing that the threat is from the Chinese authorities, not the Chinese people.

“Throughout our history, CIA has stepped up to meet whatever challenges come our way. And now facing our toughest geopolitical test in a new era of great power rivalry, CIA will be at the forefront of this effort.”

The Justice Department started the China Initiative in 2018 to counter economic espionage and other malign actions from China. Around 80 percent of all economic espionage prosecutions would benefit the Chinese state, according to the department. In September, FBI Director Christopher Wray said his agency is “opening a new China counterintelligence investigation every 12 hours.”

The initiative from Burns marks his first major moves since taking office in March, and falls in line with the priorities he laid out before taking office.

During his confirmation hearing in February, Burns characterized “outcompeting China” as “key to our national security in the decades ahead,” although he also highlighted issues such as climate change and denuclearization as areas of “mutual interests.”

As part of the organization’s reshuffling, the CIA will merge mission centers on Iran and North Korea—both set up during the Trump administration—with the broader Middle East unit and one on East Asia-Pacific, respectively. The agency also will address the recruiting delays due to time-consuming background checks and security clearances, with a goal of cutting down the processing times to an average of six months.

The changes reflect the “regional nature of those issues in a lot of ways,” said the senior official, who added that “China is really global.”

An additional office, the Transnational and Technology Mission Center, will “address global issues critical to U.S. competitiveness,” such as emerging technologies, economic security, climate change, and global health, according to Burns.

Sen. Mark Warner (D-Va.), who chairs the Senate Intelligence Committee, said he looked forward to working with the CIA to ensure that the changes “meet the challenges we are facing.”

“The strategic threat environment has been changing, and the intelligence community needs to adapt to meet that new environment,” Warner said in a statement.

“The threat posed by the Chinese Communist Party is real and growing,” he said in a statement. “Every part of our government needs to reflect this great power competition in message, structure, and action.”

Experts have previously noted the challenges in tackling the China challenge.

The regime “has made massive inroads, basically running around the United States with a giant vacuum cleaner for decades, stealing every secret we have on any topic under the sun,” retired CIA operations officer Sam Faddis told The Epoch Times. To him, “the idea that, in 2021, the CCP is now seen as a big problem makes [the CIA] a little late to the party.”