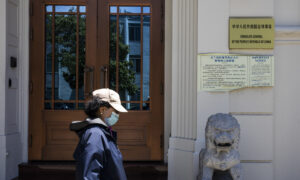 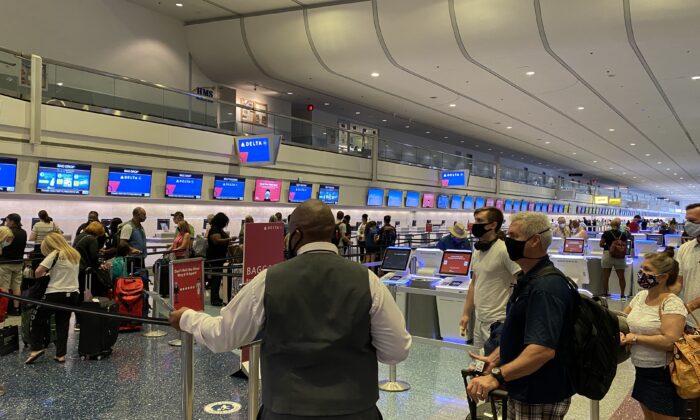 Chinese Woman Charged With Fraud, Illegally Bringing Chinese Nationals to the US

A Nevada-based Chinese woman was arrested and charged on Wednesday for allegedly bringing Chinese nationals illegally into the United States in exchange for money.

Liao Haiyan, also known as Daisy Liao, is a Chinese-born, naturalized U.S. citizen living in Las Vegas. According to an indictment unsealed at a U.S. district court in Nevada on Jan. 13, she and other co-conspirators ran a scheme to help Chinese nationals fraudulently obtain visitor visas from January 2014 to December 2015.

Her clients paid her thousands of dollars for her services. In return, she helped them to fill out Form DS-160, a non-immigration visa form, with false statements and fake supporting documents.

According to the indictment, these documents included fake birth certificates, national identity cards, property deeds, and employment certifications. The purpose of these fake documents was to make her clients look more likely to return to China, thereby increasing their chance of being issued a visitor visa.

Liao, 43, also coached her clients on how to provide false information during their interviews at the U.S. consulate in Guangzhou, which is located in coastal China’s Guangdong Province.

For her clients who successfully obtained a visitor visa, Liao and other co-conspirators would accompany them on flights to the United States, including to Queens and Brooklyn in New York City, and instructed them on “how to clear [U.S.] customs,” according to the court document.

For one unnamed client mentioned in the indictment, Liao traveled with the client on a flight from Seoul, the capital of South Korea, to Las Vegas, in May 2015, after the client had an interview at the U.S. consulate in Guangzhou. In the same month, Liao then accompanied the client on flights from Las Vegas, to Denver, Colorado, before arriving in Queens, New York City.

Another unnamed client, accompanied by Liao, took a flight from Seoul to Las Vegas, then boarded a second flight to Minneapolis–Saint Paul, Minnesota. This client also landed in Queens, New York City, in September 2015, according to the court document.

“The United States benefits from the rich diversity of culture and experience which results from lawful immigration into our country,” stated David P. Burns, acting assistant attorney general of the U.S. Department of Justice’s (DOJ) Criminal Division, in a statement.

“This indictment underscores that those who seek to thwart our system of legal immigration to line their own pockets will be prosecuted,” Burns added.

Ned Michael Moriearty, Liao’s co-defendant in the indictment, was recently deceased, according to the DOJ. Prosecutors allege he also provided fake Chinese documents and instructed clients on how to answer during consular interviews.

Liao was charged with conspiracy to commit visa fraud and money laundering, as well as unlawfully bringing aliens into the United States for financial gain.

If convicted, Lai faces up to 20 years in prison, according to the DOJ.